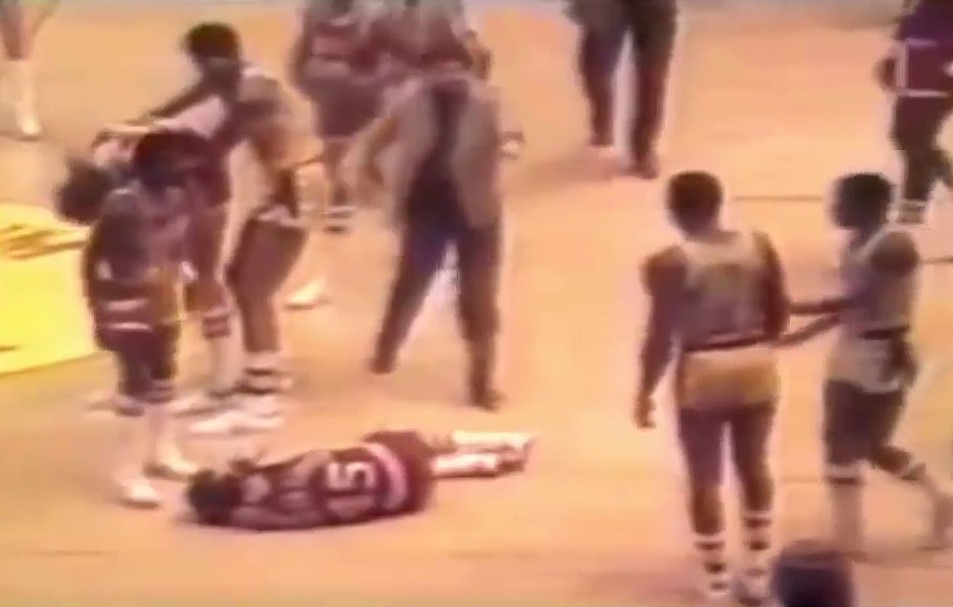 Rudy Tomjanovich of the Houston Rockets is seriously injured being punched in the face by Kermit Washington of the Los Angeles Lakers. Tomjanovich ran down the court during an altercation between the two teams when Washington turned and landed a roundhouse punch that knocked the Rockets star out. The injuries, which doctors said were nearly fatal, caused Rudy T to miss the rest of the season, while Kermit Washington was suspended for a record 26 games.