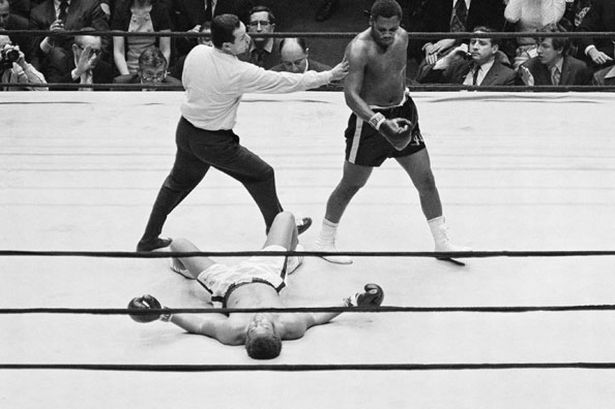 Joe Frazier wins the heavyweight championship with a fourth-round knockout of Jimmy Ellis at Madison Square Garden. Ellis had won the title by beating Jerry Quarry two years earlier after the championship was vacated when Muhammad Ali had bis boxing license suspended. Joe Frazier was the favorite and, after a rough first round, took over the fight. In the fourth round, he knocked down Ellis twice, winning when Angelo Dundee in Ellis’ corner decided he could not continue.