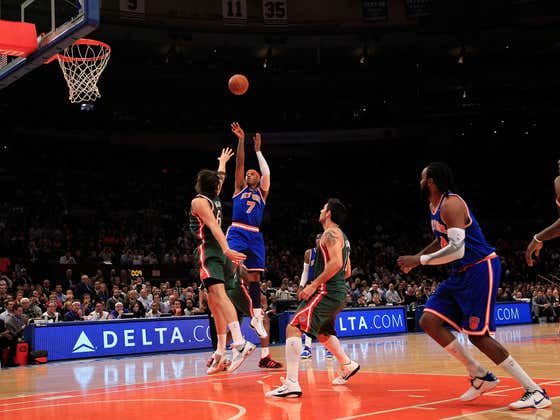 Carmelo Anthony makes his debut with the New York Knicks at Madison Square Garden. The Knicks acquired Carmelo Anthony one day earlier in a three-team trade with the Denver Nuggets and Minnesota Timberwolves. With fans cheering Melo throughout, the Knicks beat the Milwaukee Bucks 114-108. Carmelo Anthony leads the way with 27 points and ten rebounds. The deal helps New York a six-year playoff drought, as the Knicks finish the season with a record of 42-40, their first winning season in a decade.