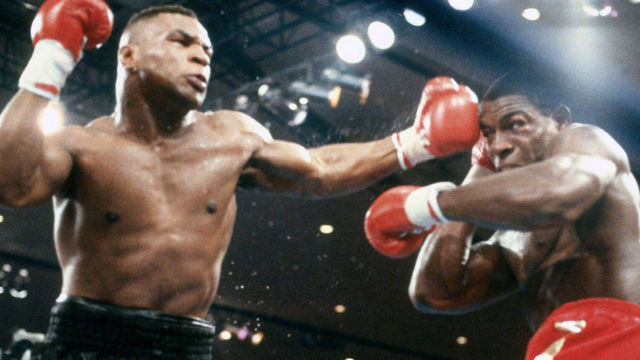 Mike Tyson continues to dominate the ring, improving to 36-0 with a TKO of Frank Bruno in the fifth round of a heavyweight title fight in Las Vegas. Tyson, the undisputed champion fighting for the first time since his dominant win over Michael Spinks, was a heavy favorite going into the fight. Bruno survived a first-round knockdown and tried to stay in the fight by holding Tyson. In the fifth round, Mike Tyson trapped Frank Bruno on the ropes, leading referee Richard Steele to stop the fight and declare Tyson the winner.