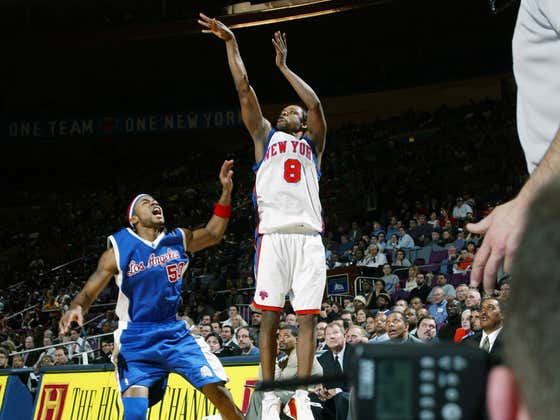 Latrell Sprewell of the New York Knicks becomes the first player in NBA history to make nine shots from three-point range without a miss. Sprewell scores a game-high 38 points as the Knicks beat the Los Angeles Clippers 105-92 at Madison Square Garden. The record would be matched by Ben Gordon, who went 9-for-9 from downtown twice. First in 2006 with the Chicago Bulls against the Washington Wizards, then in 2012 with the Detroit Pistons against the Denver Nuggets.