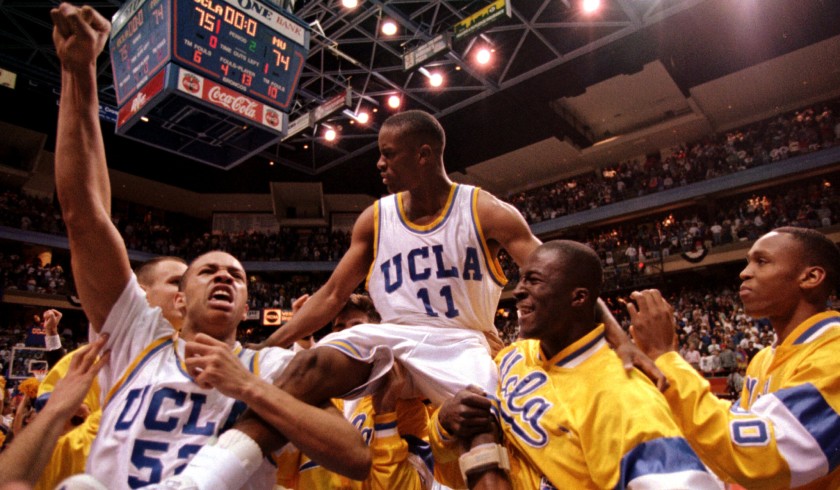 With 4.8 seconds left, UCLA, the top-ranked team in the nation, is in danger of not making it to the Sweet 16, as they trail #8 seed Missouri 74-73 in a second-round game in Boise. The Tigers who held an eight-point lead at the half had just taken the lead on a layup by Julian Winfield. Receiving an inbound from Cameron Dollar, Tyus Edney went the length of the court and hit the game-winning shot at the buzzer to win the game for the Bruins 75-74. UCLA would go on twin the NCAA Tournament.