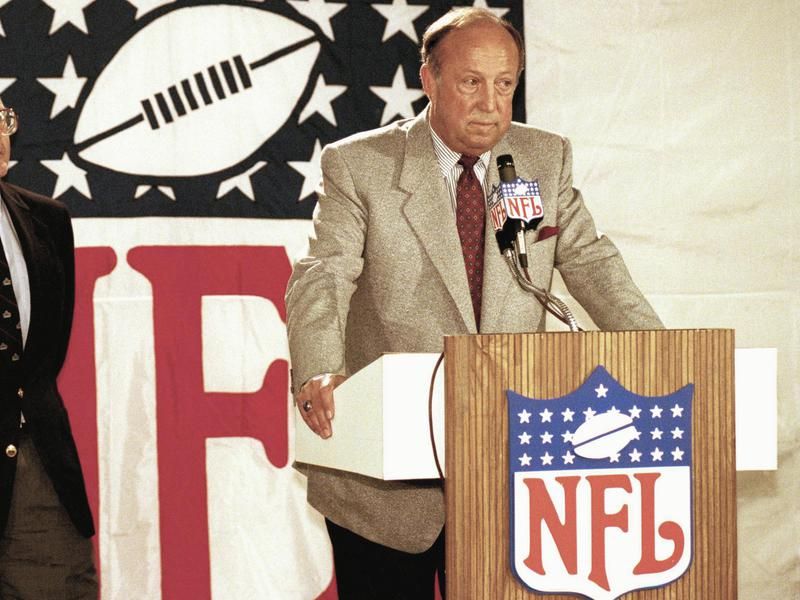 NFL commissioner Pete Rozelle announces his retirement after 29 years running professional football’s biggest league. During his tenure, Rozelle saw the National Football League assume the throne as the top sports league in the world thanks in part to the Super Bowl, which was born out of a merger with the American Football League. Pete Rozelle also helped make the NFL a rating giant on television negotiating broadcast deals that set the standards for all other leagues. He would remain in office until November when Paul Tagliabue took the reins.