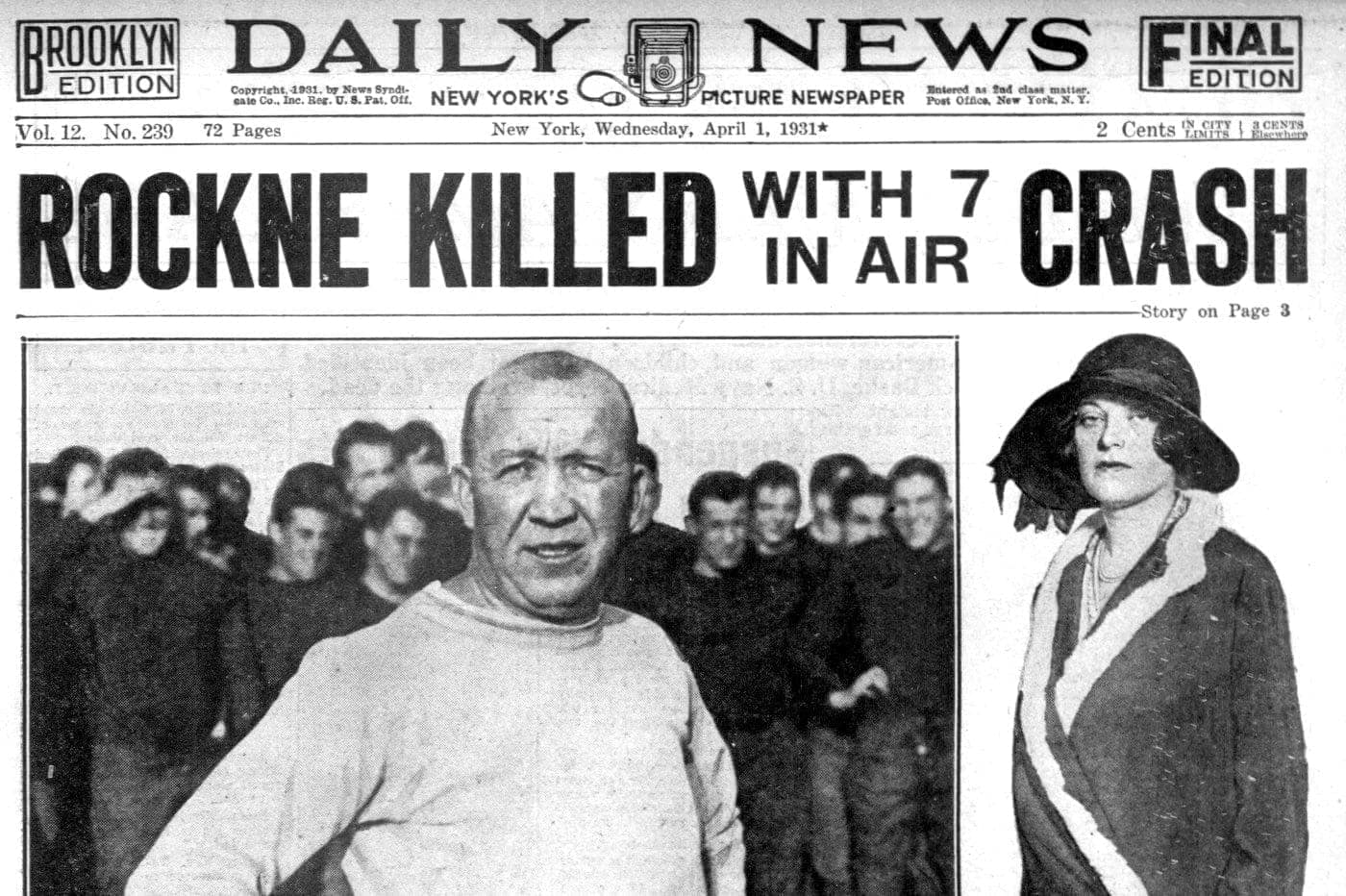 Notre Dame football coach Knute Rockne is killed in a plane crash while flying to Los Angeles to film a movie about Notre Dame and recruit players to his team. Rockne had just won his second consecutive National Championship at Notre Dame and had become the most well-known coach. Knute Rockne was among eight passengers killed on a flight from Kansas City to Los Angeles when wet conditions caused the wing to separate from the plane, as it crashed in an open field in Kansas. Rockne was 43.