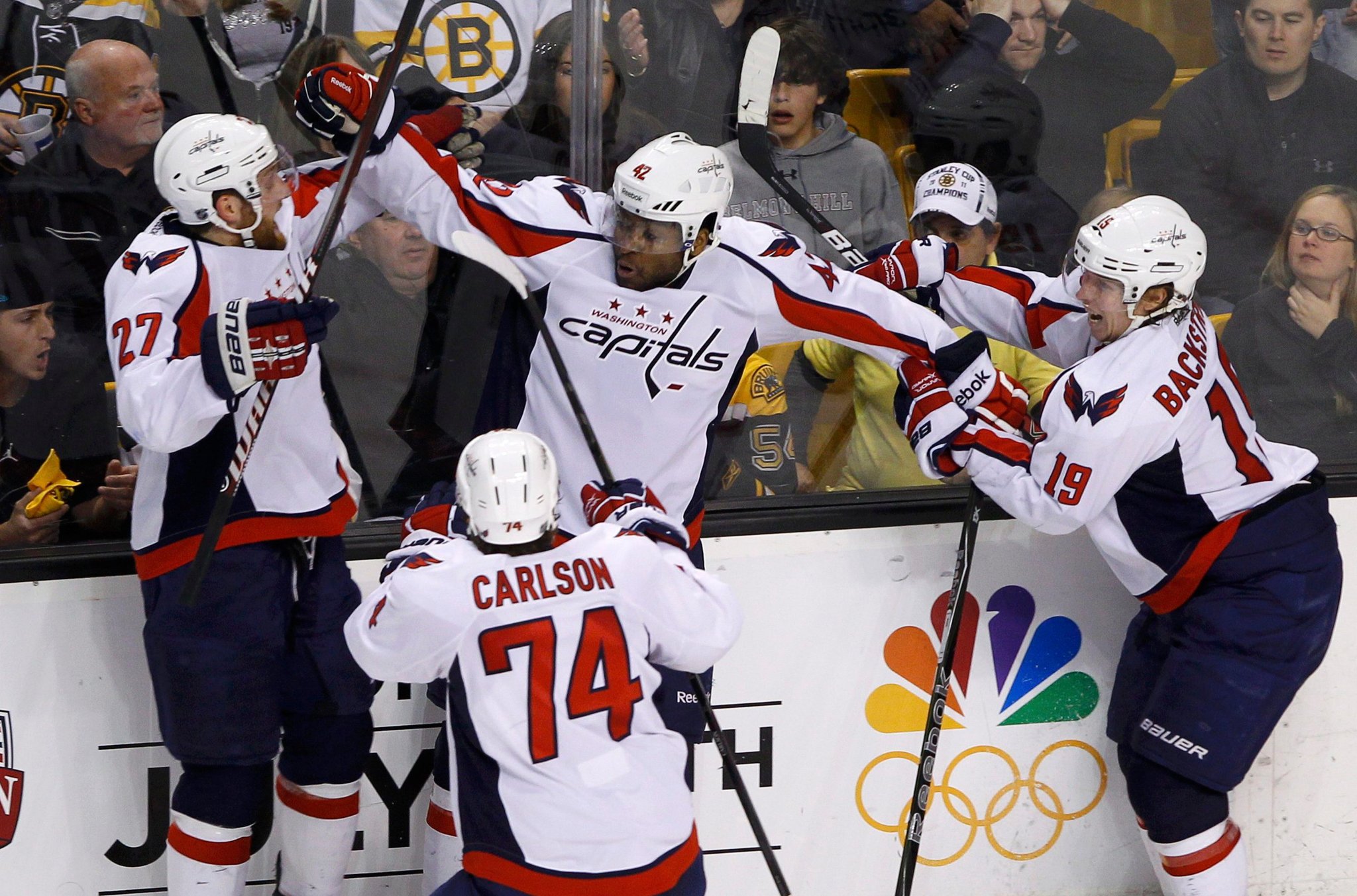 The Washington Capitals win a thrilling seven-game series against the Boston Bruins in the first round of the Stanley Cup Playoffs. The Bruins were the defending Stanley Cup Champions as the Capitals were trying to overcome a legacy of playoff failures. The series was the first seven-game series to see each game decided by one goal as four games went into overtime. This included Game 7 at TD Garden, with the Capitals winning on a goal by Joel Ward 2:57 into sudden death. The Capitals would go to seven games in the next series, losing to the New York Rangers.