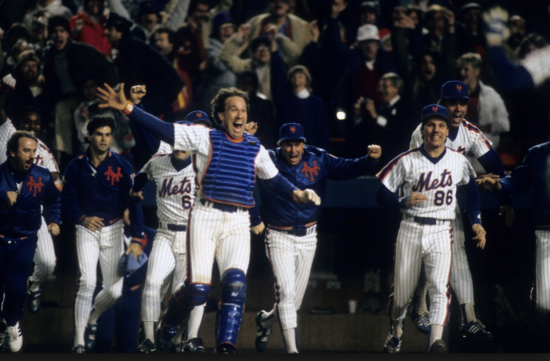 The New York Mets complete a four-game sweep of the St. Louis Cardinals with a 5-3 win at Busch Stadium. Bob Ojeda goes the distance as the Mets win their ninth consecutive game to improve to 11-3. The Mets began the series with a half-game lead end it with a four-game cushion. The Cardinals had won the East in 1985, having a tight race with the Mets. The Mets would win the division in a runaway, posting a record of 108-54 on the way to a World Championship.