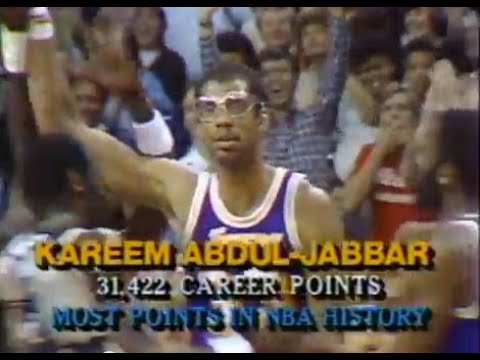 Kareem Abdul-Jabbar of the Los Angeles Lakers becomes the NBA’s All-Time leading scorer as he breaks Wilt Chamberlain’s record of 31,419 points. Chamberlain had held the record for nearly 20 years. Kareem would score 22 points to lead the Lakers to a 129-115 victory over the Utah Jazz in Las Vegas. Kareem Abdul-Jabbar would retire in 1989 with 38,387 points, which remains the record. However, LeBron James is on pace to break the record next season.