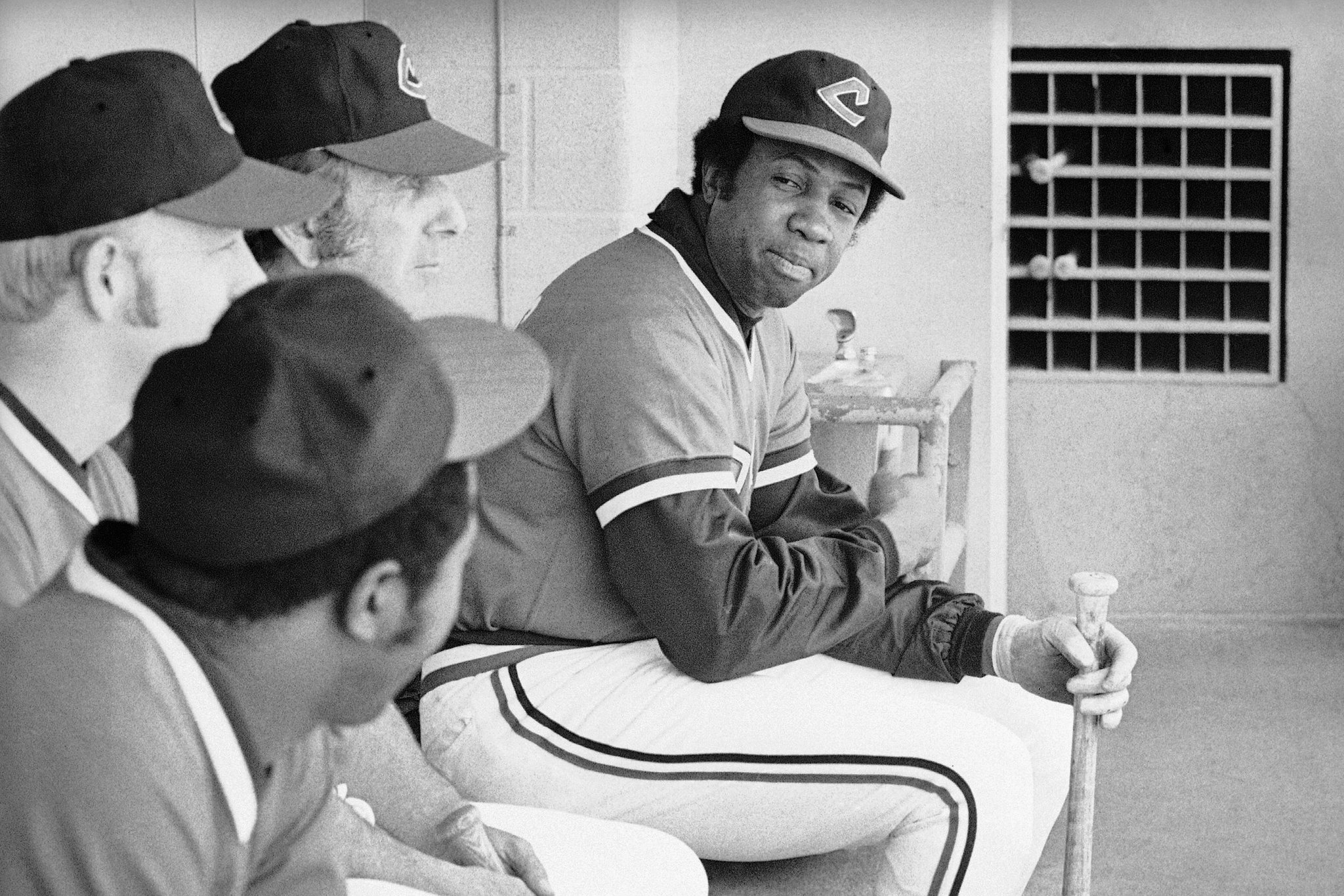 Opening Day at Municipal Stadium takes on great significance, as Frank Robinson becomes baseball’s first African-American manager. Leading the Cleveland Indians, and remaining an active player Robinson batting second as the Designated Hitter, Robinson hits a home run in the first inning, as the Tribe beat the New York Yankees 5-3. Frank Robinson would remain a player until the end of the 1976 season. He would manager the Tribe for two and half-season, with a record of 186-189.