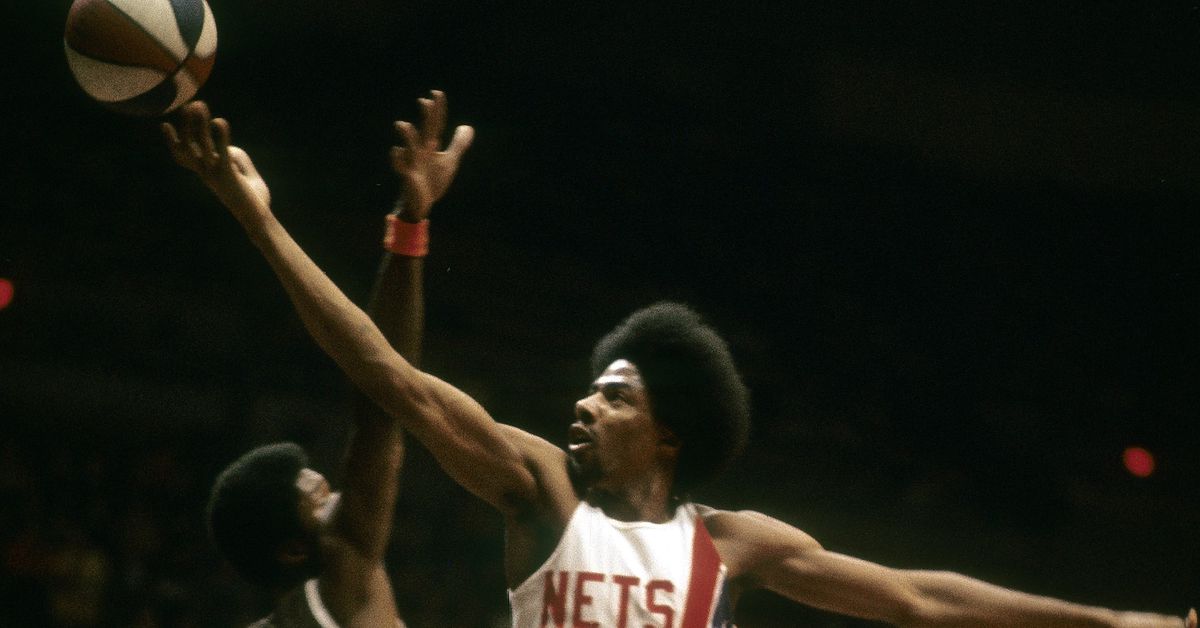 The New York Nets win their second ABA Championship in three years, beating the Denver Nuggets 112-106 in Game 6 of the ABA Finals at the Nassau Coliseum. The Nets rallied from a 22-point deficit in the third quarter as Julius Erving scores 31 points, while John Williamson scored 28 points, and Brian Taylor scored 24. David Thompson had 42 points in a losing effort. Dr. J. is named ABA Playoff MVP for the second time. It would be the final game for the rival league as the ABA folds with the Nets and Nuggets among four teams to move on to the NBA.