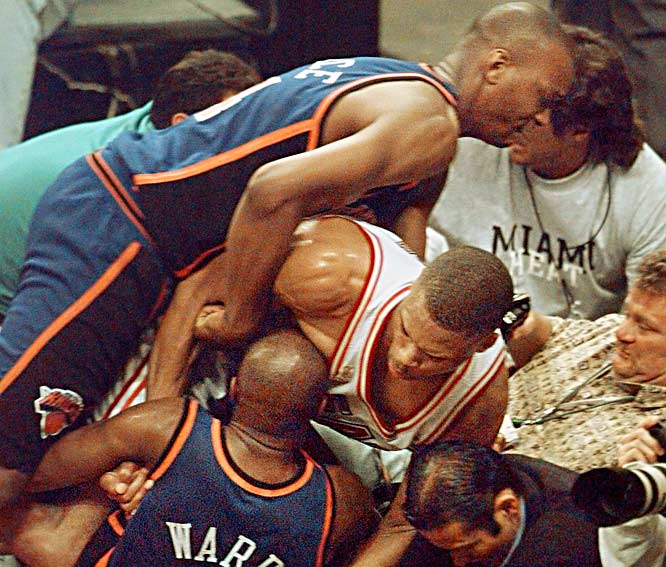 The New York Knicks wilt in Miami, losing 96-81 in Game 5. The Knicks had a chance to close the series, but the Heat proved battled back to stay in the series. Making matters worse, a fight breaks out between Charlie Ward of the Knicks and Miami’s P.J. Brown with two minutes left. The fight near New York’s bench involved John Starks, Patrick Ewing, Larry Johnson, and Allan Houston. All the players who left the bench for the Knicks were suspended, leaving the Knicks shorthanded in the next two games as Miami won the series in seven games.