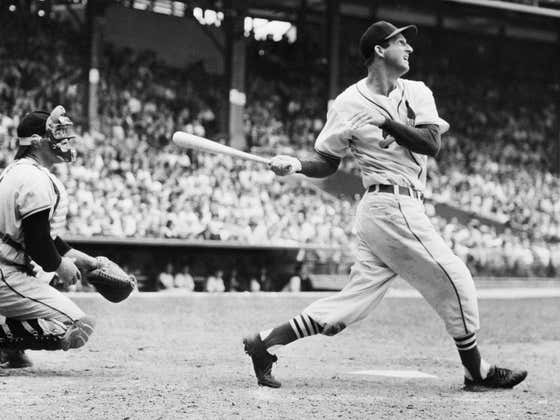 Stan Musial of the St. Louis Cardinals has a big day as he hits five home runs in a doubleheader against the New York Giants at the Busch Stadium. The Cardinals and Giants split the twin bill, as the Cardinals win the opener 10-6, with Musial hitting three home runs with six RBI. The Giants won the nightcap 9-7, with Stan Musial having two homers with three RBI. The five home runs in a doubleheader would be equaled by Nate Colbert of the San Diego Padres in 1972.