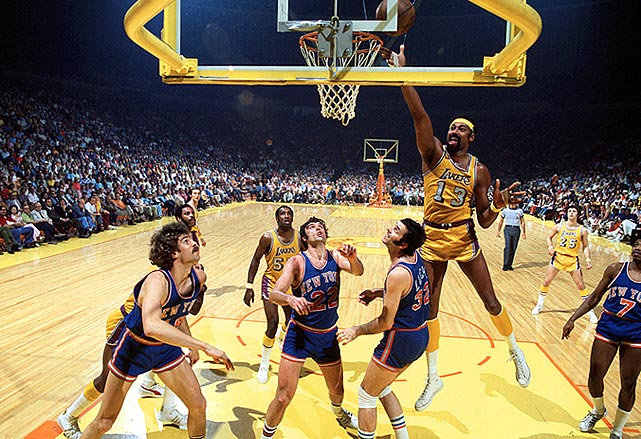 The Los Angeles Lakers finally are on top of the basketball world, beating the New York Knicks 114-100 in Game 5 of the NBA Finals at Forum. The Lakers had lost in the NBA Finals seven times in ten years, with six losses coming at the hands of the Boston Celtics. The Lakers also lost to the Knicks in 1970, with four of the seven series defeats going seven games. The Lakers had a historic season, winning 33 straight games on the way to a 69-13 season. Wilt Chamberlain is named NBA Finals MVP, averaging 23.2 points and 19.4 rebounds per game.