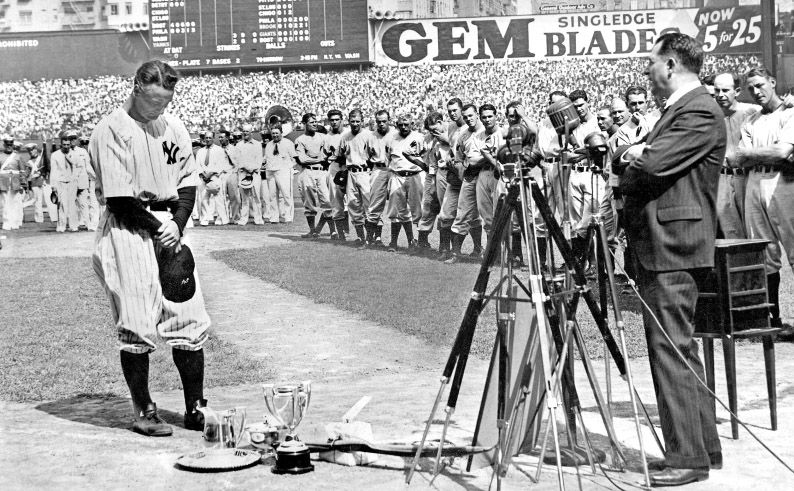 Independence Day becomes Lou Gehrig Day at Yankee Stadium, as the New York Yankees honor their stricken captain. Gehrig began the season with the longest consecutive game streak. However, from the start of the season, something was wrong as Lou Gehrig was batting .143 when the streak ended at 2,130 on May 2nd.  A short time later, he was diagnosed with ALS, a depilating nerve disease. Aske to speak, Lou Gehrig declares himself, “The Luckiest Man on the Face of the Earth.”