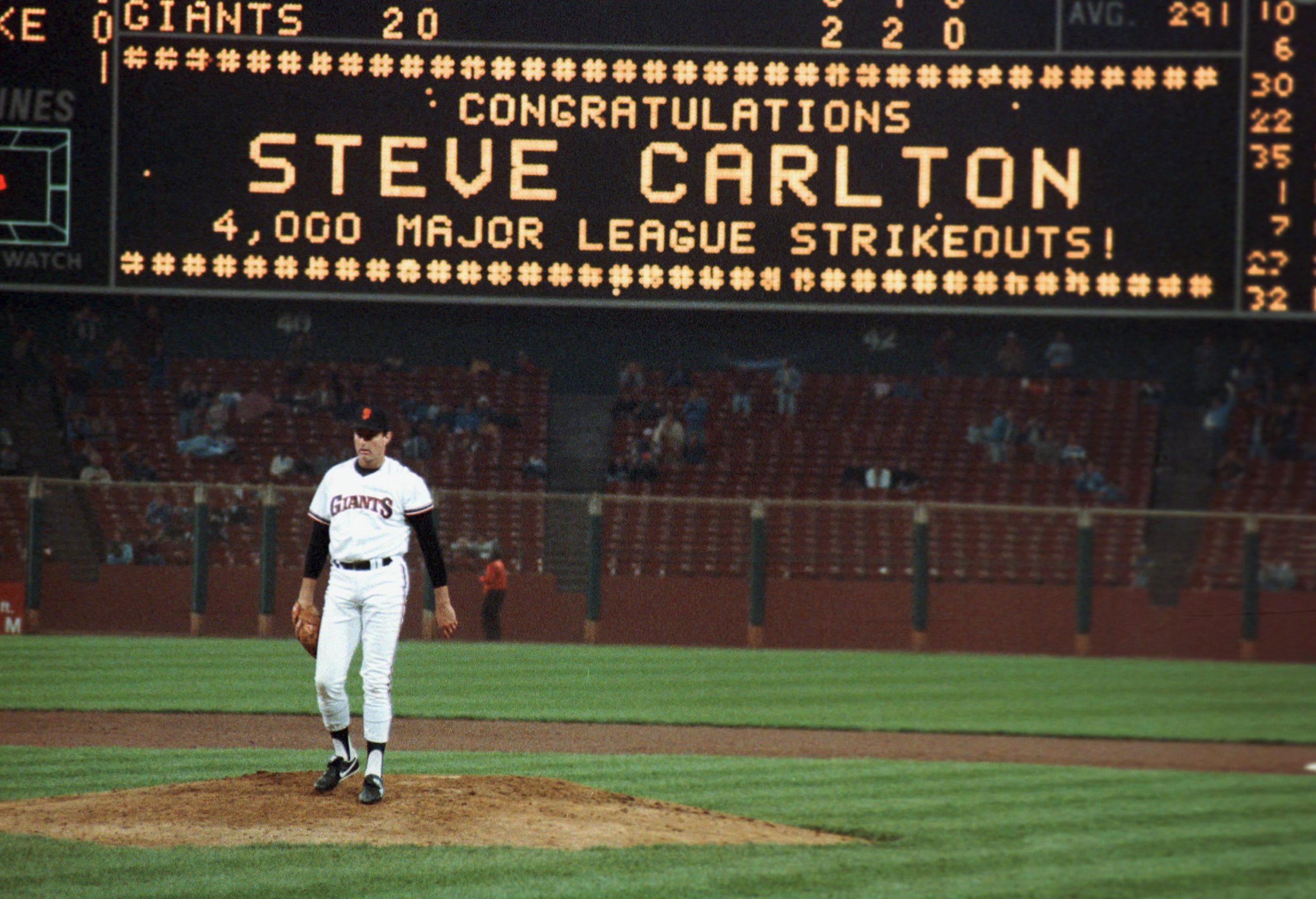 Steve Carlton of the San Francisco Giants becomes the second pitcher to reach 4,000 strikeouts when he gets Eric Davis of the Cincinnati Reds swinging in the third inning at Candlestick Park. Carlton, who had released by the Philadelphia Phillies in June and signed by the Giants on Independence Day. Carlton would surrender seven runs as the Reds won 11-6. The Giants would release Steve Carlton two days later. Carlton pitched two more seasons, bouncing around as he finished with 4,136 strikeouts.