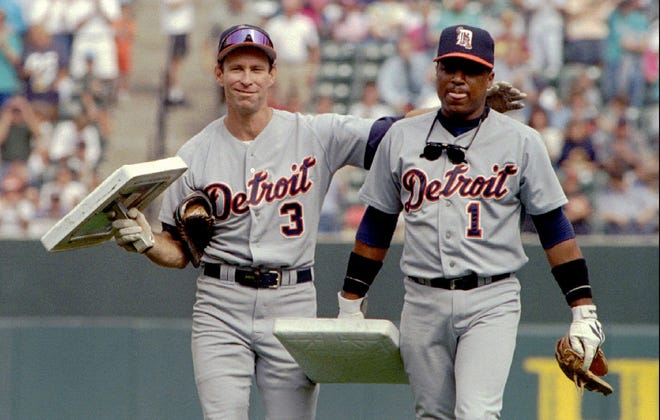 Lou Whitaker and Alan Trammell play their 1,915th game together with the Detroit Tigers, already major league baseball’s longest-serving double-play combination. The two set an American League record for most games played together as teammates. Lou Whitaker retires at the end of the season, ending the Trammell-Whitaker combination at 1,918 games. Both players began their careers as September call ups in 1977. Trammell retired in 1996. Both played their entire career with the Tigers.