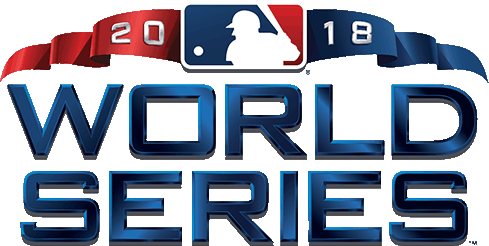 The Boston Red Sox have taken over as the dominant team in the game, as they had a century ago when they won five World Series between 1903-1918. With a win over the Los Angeles Dodgers, it will be four titles since they ended their drought in 2004. Like their championship runs in 2004 and 2007 it is hard to not believe, that the Red Sox have already past their biggest test beating the 100-win Yankees in the Division Series and the 103-win defending champion Astros in the ALCS, and are the smart choice if you bet online. These things tend to come in cycles, but in 2018 the National League appeared to be inferior to the American League, as it can be argued the top four or five teams were all in the junior circuit, with the Astros, Yankees, Indians and possibly even the Athletics being a favorite in any series against any National League team.

The Dodgers having appeared in the World Series last year, and going to a seventh game, are likely the team that presents the best fight for the National League, as the Brewers bullpen thing would have been cannon fodder for the Red Sox unforgiving lineup. The Dodgers have some hitters that can create problems for Boston, especially if Yasiel Puig is able to carry over his hot bat from the NLCS. The Red Sox are going to score and the only way Los Angeles can win the World Series is to match Boston, run for run. This means besides Puig, the Dodgers need Manny Machado, Cody Bellinger, Justin Turner and Max Muncy to be at the top of their game, as they need to get into the Boston bullpen early and often, because the Red Sox hold a significant advantage with starting pitching as Nathan Eovaldi has pitched like an ace in October.

One thing that has been a big factor for the Red Sox has been their outfield defense, which has been nearly as big as their offense in the first two rounds. From Andrew Benintendi’s diving catch to save the day in Game 4 of the ALCS to Mookie Betts arm and glove in right and Jackie Bradley Jr’s range in center, the Red Sox seemingly get to every fly ball. This seemed to have a deflating effect on the Astros, as they looked deflated before even taking the field in Game 5. While Betts has yet to live up to his MVP numbers in the postseason, JBJ has been outstanding winning the ALCS MVP with the biggest three hits delivered in the entire series.

The Dodgers bullpen could be their biggest advantage as Craig Kimbrel has been shaky all postseason despite being able to survive without blowing a save, a testament more to the Red Sox outstanding outfield defense, than Kimbrel’s ability to make the clutch pitch. The best sign for the Red Sox is their Game 5 clincher, in Houston in which David Price pitched six scoreless innings, earning his first win after losing nine career postseason starts. If Price can carry that over to the Fall Classic, it will make beating the Red Sox an even more herculean task. The same holds true for Clayton Kershaw, who delivered a clutch win in Game 5 for the Dodgers and recorded the final three outs in the NLCS. The difference being that the Red Sox can afford Price to struggle, while the Dodgers must get the best of Kershaw to have a chance.

The matchups largely favor the Red Sox up and down, and for the Dodgers to win they need nearly the perfect storm as they need everything to go in their favor, while the Red Sox have more flexibility more ways to win and more solutions. While not as bad as the 2007 World Series, when it was clear the Rockies had no business being on the same field, it is not as good as a matchup as 2013 when the Cardinals at least made it interesting for a while. It will not be the 2004 World Series, which was anticlimactic, but it will feel like the champion was already decided at an early point as the Dodgers will find a way to salvage one game, but the Red Sox are clearly better and will again clinch on the road
winning in five games.