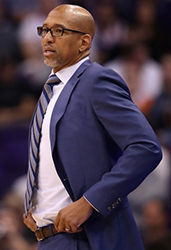 There weren’t many notable snubs this year, but I think Nate McMillan not being named a COTY is a snub. McMillan turned the Hawks season around so quickly and maintained his success all year as the Hawks are now a 5 seed. Alas, Monty Williams and Tom Thibodeau dominate this conversation for me. Snyder put together an impressive season after the loss of Murray, but he has MVP frontrunner Nikola Jokic which makes Snyders Resume a little less impressive. Since the bubble started, Monty Williams has coached a red hot suns team to be one of the best teams in the NBA. Even if the Suns lose to the Lakers, I think Williams has demonstrated how good of a coach he is. On the other hand, I think Thibodeau has shown how important a new coach can be. I doubt Randle and Rose have the same success without Thibodeau. Despite Thibodeau’s impact, I think Williams has done more for the Suns this year. 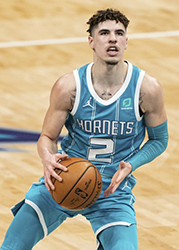 If LaMelo Ball didn’t get hurt and miss a significant portion of the season then he would have run away with Rookie of the year. Even with his injury, LaMelo put together an amazing season with the Hornets barely missing the playoffs. Even with LaMelo’s incredible rookie season, this shouldn’t take away from the seasons other rookies have had. Unfortunately, both Haliburton and Edwards didn’t get the attention they deserved. Edwards leads all rookies in scoring with two games of 40+ points, and Haliburton demonstrated his playmaking ability with 13ppg. If it wasn’t for LaMelo’s clear impact on the Hornets as he was such a vital piece to them making the play in-game, then this conversation would be much more interesting. 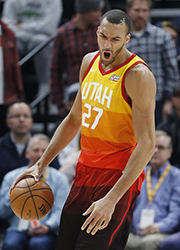 In this current age of Basketball defense is often overlooked by the media. This point is important because voters tend to pay less attention to how good a player’s defense actually is meaning that reputation will play an incredibly important role in who wins DPOY. Despite Giannis winning last year, Gobert has established himself as one of the best defensive players of his era as he won DPOY in 2018 and 2019, and I would expect him to win this year too. While Simmons and Green have both had incredible success this year, I don’t see the voters giving the award to anyone other than Gobert. Despite Simmons and Green both averaging over 1.5 steals per game, I think Gobert’s 2.7 blocks per game, this is a career-high, is more impressive. Unless there is some major voter fatigue from 2019 then Gobert should get his third DPOY in four years. 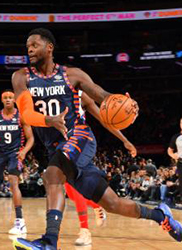 This was one of the easier awards for me to choose, even if the betting odds don’t have an incredibly clear favorite as they do in other races. Nobody expected the Knicks to be good this year, and there aren’t too many changes that they have made that would explain this change. Randle, however, had a breakout year at the age of 26, leading the Knicks to a top 4 seed in the Eastern Conference. Grant also had an incredible season with the Pistons as he scored 10 more ppg this year than last year. Porter Jr. stepped up after Murray got injured was no doubt an important part of the Nuggets’ success this year.  Despite the contributions from Grant and Porter Jr., Randle emerged from almost nowhere with career highs left and right, averaging 24 points while shooting an impressive 41% from three. 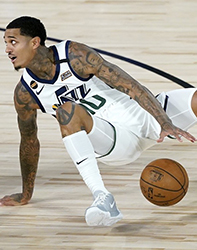 Some part of me deep down has a problem with two players from the same team being named the Sixth man. For this reason, I want to give the award to Rose, but I just don’t think Rose has done enough for the Knicks to warrant being called the best Sixth man in the league. This means that whoever was better between Clarkson and Ingles will be the best Sixth player which doesn’t really make sense. Anywho, Clarkson averaging 18 ppg was a critical part of the success that the Jazz had on their way to the #1 seed in the Western Conference. Ingles had an amazing season as well shooting a ridiculous 45% from three this year. Ingles certainly had an efficient year but didn’t put up enough totals to deserve this award over Clarkson. I guess Ingles can settle for the seventh man of the year instead. 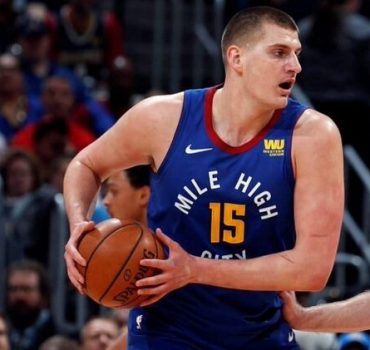 Nikola Jokic is maybe the least flashy superstar of this era, but he still dominates the NBA. Curry looked like he was going to single handily force the Warriors into the playoffs, but the Grizzlies pulled out a tough OT win. This won’t impact the voters, but it shows that Curry is capable of having off nights. Despite his consistent ability to make highlight plays and his manipulation of the crazy defenses that he faced, Curry didn’t put up enough numbers to win MVP this year. Embiid is in a similar position, but he was the favorite to win MVP before getting hurt. If Embiid stayed healthy, he would probably be my MVP this year because of how important he was to the Sixers getting the top seed in the east. With all this in mind, Jokic quietly put up 60 double-doubles this season. Jokic was the definition of an all-around player this year without a single weakness in his game.