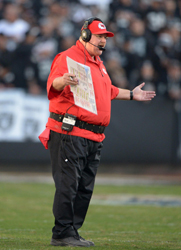 Coming off a 2-14 disaster, the Kansas City Chiefs had nowhere to go but up. However, nobody could have expected them to have been as good as they were, as they raced out to a 9-0 start under new coach Andy Reid. The hiring of Reid was expected to bring good things, but his offense was the right system for new Quarterback Alex Smith and also helped Jamaal Charles have a big season running the ball. The Chiefs defense was also one of the best in the NFL, helping them make the playoffs at 11-5. 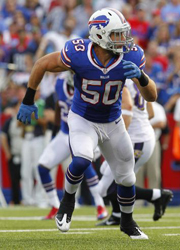 Despite another last place, ten loss season the Buffalo Bills had several positive signs going towards the future, and most of it surrounds its young defense. Last year the Bills had one of the worst pass defenses, but improved vastly thanks to versatile Linebacker Kiko Alonso. Alonso played nearly every defensive snap for Buffalo as he led all rookies with 159 tackles, more than 30 than any other rookie. Alonso also had four interceptions, two sacks, one forced fumble and two fumbles recovered. 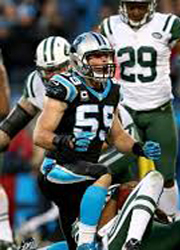 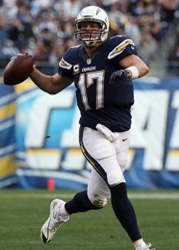 Coming off back to back disappointing seasons, Philip Rivers reminded everyone why he is one of the best quarterbacks in the NFL as he helped lead the San Diego Chargers back to the playoffs. With a 105.5 QB rating Rivers had his best season in five years, as he had 32 Touchdowns and just 11 interceptions. In previous two seasons, Rivers had 28 and 27 turnovers, as the Chargers missed the playoffs in 2011 and 2012. Philip Rivers also passed for 4,478 yards, averaging 8.23 yards per reception. 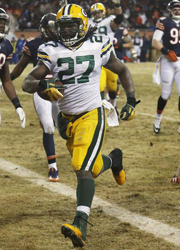 The race for Offensive Rookie of the Year is one of the tightest in years as Giovani Bernard of the Bengals and Chargers receiver Keenan Allen both can win easily, but the best choice is Eddie Lacy of the Green Bay Packers. In a season in which the Packers were overrun by injuries, Lacy helped keep the Packers offense on track, as they cycled through four quarterbacks in Aaron Rodger’s absence. Lacy finished the season with 1,178 rushing yards and 11 Touchdowns, while averaging 4.1 yards per carry to lead all rookies. 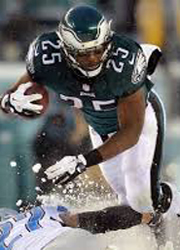 While Peyton Manning’s record breaking season nets him his fifth MVP award, LeSean McCoy deserves some recognition for winning the league’s rushing title. McCoy helped carry the Philadelphia Eagles to the NFC East, while helping to set up Nick Foles by keeping the Eagles out of third and long situations. McCoy not only led the league with 1,607 yards, but he also had 539 receiving yards to total 2,146 yards from scrimmage with 11 Touchdowns. 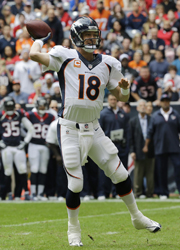 From the moment the season began with a seven touchdown game in the NFL’s Thursday Night kickoff, Peyton Manning was on a torrid pace. Not only did he lead the Broncos to a second straight 13-3 season, but he had statistically the best season in NFL history with a record 55 Touchdown passes and a record 5,477 passing yards, as the Broncos set a new record for points scored with 606. That is why Peyton Manning is the obvious choice to win a record fifth MVP. The feats of Peyton Manning are more incredible when you think just two years ago it looked like his career was over after a series of neck surgeries..

These are not just mere prediction but whom I believe should win the said awards. Selected by Frank Fleming on January 1, 2014 at 6:30 pm EST