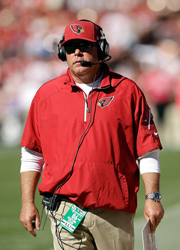 The Cardinals have a long history of futility, prior to last season the Cardinals had just one 10 win season since 1976. With Bruce Arians the Cardinals have reached double digits in the last two seasons, including 11 the most since moving to the desert. In winning 11 games the Cardinals overcame a lot of obstacles, as Larry Fitzgerald began to show his age while they had key injuries on the defensive line. However, the biggest obstacle was at quarterback where they lost both Carson Palmer and Drew Stanton, but still remained in nearly every game. 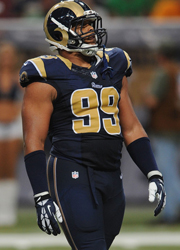 Chosen with the 13th overall pick in the draft, Aaron Donald made an impact right away for the Rams. Leading all rookies with nine sacks, while ranking third among all interior defenders, Aaron Donald impressed in the combine, with the fastest 40 time recorded by a Defensive Tackle. During the seas Donald had 18 tackles for a loss also ranking among the best in the NFL, as he was just one of three rookies selected to the Pro-Bowl. Aaron Donald also finished the season with 49 tackles and two forced fumbles. 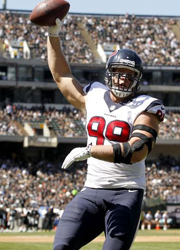 J.J. Watt was clearly the best defense player in the NFL, and became a phenomenon in 2014 even making plays on offense. J.J. Watt will get serious MVP consideration, but without having the Texans make the playoffs it is hard to give Watt the biggest individual award in the NFL. However, he is clearly the Defensive Player of the Year. J.J. Watt was a one man wrecking crew on defense with 20.5 sacks, four forced fumbles, a safety and an interception which was also returned for a touchdown. Among Watt’s 78 tackles a league high 34 were for a loss. 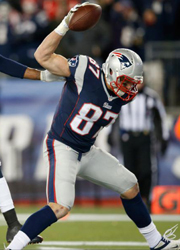 After fighting through arm, back and knee injuries the last two season, Rob Gronkowski became one of the Patriots biggest weapons, leading all Tight Ends with 12 touchdowns, as he became the first Tight End in NFL history with ten or more touchdowns in four seasons. Gronkowski returning from knee surgery started the season slowly, but has been unstoppable since Week 8, as he helped the Patriots secure home field advantage in the AFC. Besides being big in the redzone, Rob Gronkowski topped 1,000 yards for just the second time with 1,124 receiving yards. 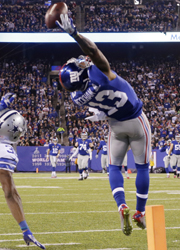 Odell Beckham Jr.’s rookie season could not get off to a worse start, as he missed all of Pre-season and the first four games with a hamstring injury. However, once OBJ made his NFL debut he was an unstoppable force, highlighted by his circus catch against the Cowboys in Week 12. Beckham tied a NFL record with nine straight 90 yard games, while becoming the first player with over 1,300 yards in 12 games. Odell Beckham finished the season with 1,305 yards and 12 touchdowns, becoming the only rookie with 90 receptions and ten touchdowns. 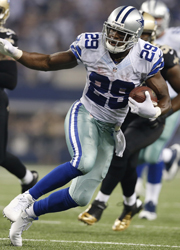 When you break a record that was held by Emmett Smith you know you had a special season. DeMarco Murray did just that for the Cowboys, setting a new franchise record for rushing with 1,845 yards. DeMarco Murray also set a record for starting the season with eight straight 100 yard games, a mark that had been set before at six by another legendary runner named Jim Brown. The big games from DeMarco Murray enabled the Cowboys to get off to a strong start, which helped them win the NFC East with a record of 12-4. 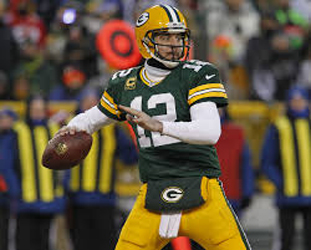 When the Packers struggled early by losing two of their first three games, Quarterback Aaron Rodgers had a one word message for fans in Green Bay “R-E-L-A-X. Relax.” The Packers than won their next four games, as Aaron Rodgers had 13 touchdowns and no interceptions. This included a thrilling last minute comeback on the road against the Dolphins on the road. Rodgers finished the season with 4,381 yards, 38 touchdowns and a QB Rating of 112.2. Aaron Rodgers who was playing late in the season with a strained calf muscle, toughed it out in the regular season finale; to beat the Lions to win the NFC North and get a much needed playoff bye.

These are not just mere prediction but whom I believe should win the said awards. Selected by Frank Fleming on January 4, 2015 at 4:00 pm EST