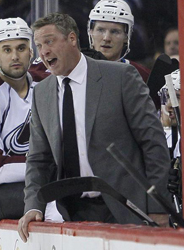 They say great players make lousy coaches, and there is a long list of failures that prove this saying true, but somebody will have to explain that to Patrick Roy because he had as good as debut on the bench as anybody could have hoped. The Avalanche who have one of the most young exciting teams in the NHL went from being one of the worst teams in the NHL to one of the best, winning the Central Division with a 52-22-8 record. The roster did not change much from last year, though the Avalanche managed to stay healthy as Patrick Roy set an early tone by getting into a shouting match with Ducks Coach Bruce Bodreau in his first game. 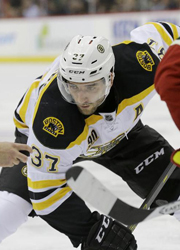 Patrice Bergeron has long been one of the best two way players in the NHL, winning the Selke Trophy in 2012, while finishing a close second in the voting last year. This year he may have topped himself scoring 30 goals for the first time in eight years, while totaling 62 points. Bergeron also had an impressive +/- rating of +38 as the Bruins captured the President’s Trophy. However, what helped make him a key player to the Bruins attack was the 25 goals he created, For some he is even the MVP of the Bruins often playing the point on the power play and leading the penalty kill. 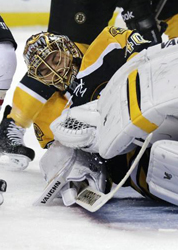 When Tim Thomas announced he was taking the entire 2013 season off, the Bruins did not flinch as they knew they had another great goalie in Tuukka Rask. Last season Rask led the Bruins all the way to the Stanley Cup Finals, and this year has been even better as his 2.04 goals-against average and .930 save percentage, were best among goalies with at least 50 starts posting a 36-15-6 record as the Bruins posted the best record in the NHL. At even strength Rask was the toughest goalie to score upon with a .951 save percentage. Tuukka Rask raised his game to its highest level late in the year, going 9-0-1 with two shutouts during March as the Bruins captured the President’s Trophy. 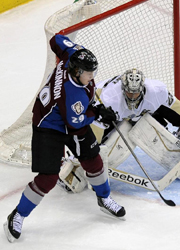 With the first overall pick last year most expected the Avalanche to choose Defenseman Seth Jones, but instead they opted for Nathan McKinnon, who justified his selection by being the best rookie in the NHL all season. McKinnon was a huge force behind the Avalanche turnaround, leading all rookies in goals with 24 and points with 63. Nathan McKinnon also had a 13 game point scoring streak, scoring five goals as the Avalanche went 9-4 in a key stretch around the Olympic break. McKinnon at times showed the poise of a veteran, seeing more time on the ice during the power play than any other rookie, as the 18-year old registered 235 shots on goal, which led all rookies by more than 50. 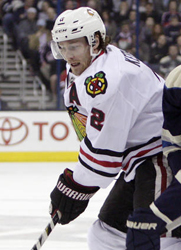 When the Blackhawks started their resurgence, Duncan Keith was at the forefront becoming one of the premiere blue liners in the NHL. Keith who won the Norris Trophy in 2010, should get it again as he matched his career high with 55 assists, while three of his six goals were game winners. In a season in which the Blackhawks played with a target on his back as defending champions; Keith raised his game to another level when injuries began to take a toll as he led the Blackhawks in ice time, averaging 24:39 per game. Duncan Keith is fast as he is strong and is capable of making a big play anywhere on the ice and the best defenseman in the NHL overall. 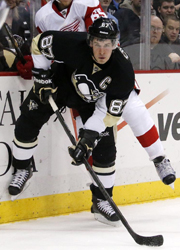 As great as Sidney Crosby has been since joining the league he has won just one scoring title and one Hart Trophy entering this season. When healthy Crosby is always among the league leaders in goals and assists. This year he won his second scoring title, as he was the only player to reach the century mark with 104 points. This was a big year for Crosby as he missed 113 games over the past three years, but played in 80 games this season. Sidney Crosby health and strong play was extra important for the Penguins as they were without James Neal, Evgeni Malkin, Pascal Dupuis for lengthy periods of time as he led all forwards in ice time as the Penguins won the Metropolitan Division.

©MMXIV Tank Productions. These are not just mere prediction but whom I believe should win the said awards. Selected by Frank Fleming on April 14, 2014 at 11:40 pm ET