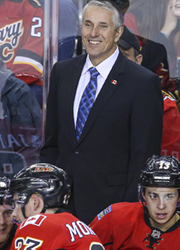 After being one of the worst teams in the NHL last season, most expected the Calgary Flames to again be in rebuilding mode as they had one of the youngest rosters in the league. However, with the spark from Rookie Johnny Gadreau, the goaltending of Jonas Hiller and the defense of Mark Giordano the Flames had played themselves into contention. On February 25th, the Flames were just one point out of the Wild Card, with a record of 33-24-4, when their Girodano suffered a season ending injury. Without their top defensive player and their captain most would have expected the Flames to flicker out. However, they won nine games in March and ended up finishing in third place in the Pacific Division. There is no doubt Hartley’s winning experience was key to the Flames overcoming the loss of Mark Giordano helped keep the Flames focused and helped them completed the surprise return to the postseason for the first time since 2009. 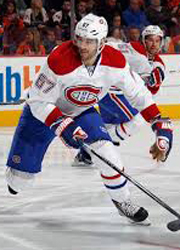 Max Pacioretty is the best offense weapon for the Montreal Canadiens, leading the team in scoring with 37 goals and 67 points. However, the number that makes Pacioretty the ultimate weapon is an incredible +38. For a team like the Canadiens that relies heavily on defense a two way player as good as Max Pacioretty is priceless. Pacioretty has also been a valuable leader to the Habs and big part of Montreal’s recent resurgence. Pacioretty’s size and strength help not only at handling the puck but make him one of the top penalty killers in the league, averaging 1:38 of ice time when the Canadiens are shorthanded. The Canadiens were one of the best teams in the NHL in killing power plays for the second straight season thanks to Max Pacioretty who joins a long line of Montreal Canadiens to be considered the best Defensive Forward in the National Hockey League. 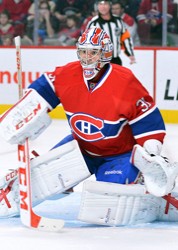 There were several goalies who had fine seasons this year in the NHL. However, nobody can touch Carey Price, the Montreal Canadiens net minder. Price was on the money all season for the Habs, who were among the top teams in the NHL, winning the Atlantic Division. For the first time in 20 years the Canadiens could sip form Lord Stanley is Price is able to carry his play from the regular season. Price led the NHL in the big three stat categories, winning 44 games, with a 1.96 Goals Against Average and a .933 save percentage. Meanwhile Carey Price’s nine shutouts were ranked second. 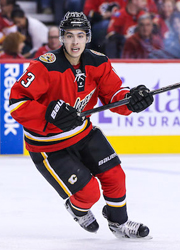 When you go hunting for the next NHL star, Gloucester City, New Jersey is not the first place you would look. However, Johnny Gaudreau was the ultimate diamond in the rough when the Calgary Flames selected him in the fourth round of the 2011 draft. At 5’6″ Gaudreau was seen as too small for the NHL and went to play at Boston College. It was in college that Johnny Gaudreau became “Johnny Hockey” winning the Hobey Baker Award as best player in the NCAA. After making his debut at the end of last season, Johnny Hockey became an instant fan favorite in Calgary. What Gaudreau lacked in size he made up for in speed, becoming one of the quickest skaters in the NHL, reminding Flames fans of Theo Fleury. Johnny Gaudreau finished tied with Mark Stone of the Ottawa Senators for scoring lead among all rookie in the NHL with 64 points, while leading all rookies with 40 assists to help the Flames reach the playoffs for the first time in six years. 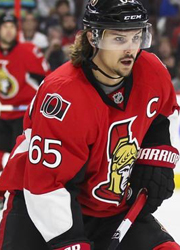 It was a rough season for some of the premiere defensemen in the NHL, as some of the top blue liners spent most of the season in the trainer’s room fight injuries. Zdeno Chara, Mark Giordano, Kris Letang, Kevin Shattenkirk and Victor Hedman all missed significant time during the season. Meanwhile Shea Weber who at one time looked like a Norris lock struggled down the stretch. One player who did not struggle at the end of the season was Erik Karlsson of the Ottawa Senators, who led all NHL defensemen in scoring with 66 points, with 21 goals. Karlsson, who averages more than 27minutes per game, was key to the Senators second half turnaround as Senators lost just three games in regulation over the final six weeks. While Andrew Hammond got the headlines, goaltending is often is only as good as the defenders in front of him, which is why the choice for the best defensemen is Erik Karlsson. 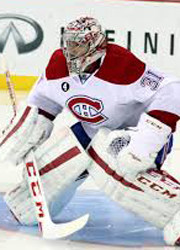 Only three players have won both the Hart and Vezina in the same season, Jacque Plante, Dominik Hasek and Jose Theodore. Carey Price should make it a foursome as he was the most important player to his team. Last season the Canadiens were steamrolling in the playoffs, until Carey Price was injured in Game 1 of the Eastern Conference Finals. Without Price, the Canadiens would end up falling to the New York Rangers in six games. Carey Price was the top goalie in the NHL all season leading all major start categories. The Canadiens were at or near the top of the East all season and won the Atlantic Division title with a record of 50-22-10. Price was in net for 44 of the Canadiens wins.

©MMXV Tank Productions. These are not just mere prediction but whom I believe should win the said awards. Selected by Frank Fleming on April 16, 2015 at 5:40 pm ET