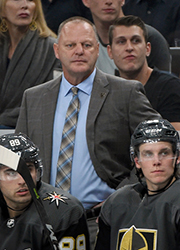 Expansion teams are not supposed to compete, they are a team full of rookies and castoffs that take their lumps and usually finish in last place. Right from the start, the Vegas Golden Knights did more than compete, they won and they won often taking eight of their first nine games. All season the Knights defied expectations, as they competed for the President’s Trophy and spent most of the season in first place in the Pacific Division. Vegas shattered all expansion win records, posting a record of 51-24-7 as they won their division. To get all these players together and put them together in a matter of months is a miracle and the coaching job of the century by Gerard Gallant. 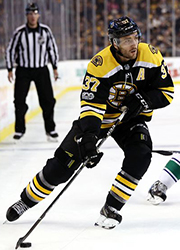 They may need to rename the award for best defensive forward in the NHL to the Patrice Bergeron Trophy as he has come to own the award since 2012. With another season of gritty play on both ends of the ice Bergeron can win a record fifth Selke Trophy, breaking the record of Bob Gainey who won it the first four times. While he missed nearly 20 games due to injury, Bergeron was again, Patrice Bergeron was again among the NHL’s leaders in +/- with a +21, while scoring 30 goals with 33 assists as the Bruins made a run at the best record in the Eastern Conference. 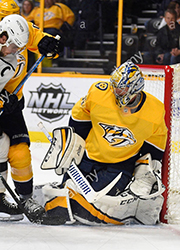 After carrying the Nashville Predators to the Stanley Cup Final, Goalie Pekka Rinne had the best season of his career and carried Nashville to the President’s Trophy as the best team in the regular season. Rinne was among the league leaders in all the major goaltending categories, with a 2.31 GAA, .927 save percentage and 42 wins. Pekka Rinne was especially good at even strength and made many difficult quality saves. The Nashville goalie has been one of the top netminders for several seasons but has never won the Vezina. With him following up a great postseason with his best regular season, Pekka Rinne is the clear choice for the Vezina. 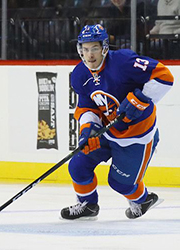 It was a somewhat disappointing season for the New York Islanders as they failed to make the playoffs, but rookie Matthew Barzal helped create some excitement in Brooklyn, as he was by far the top scorer among rookies in the NHL. Barzal, who also led the Islanders with 85 points, which was 20 better than any other rookie. While his 22 goals ranked six among rookies, his 63 assists were just two fewer points than Clayton Keller’s 65 points rank second overall. The 63-rookie assists tied a franchise record held by Bryan Trottier as he became the first rookie in NHL history with three five-point games. 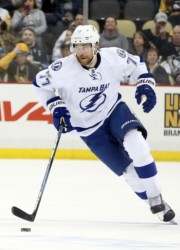 Victor Hedman who for several years has been one of the NHL’s top blueliners will finally get his due in 2018 by winning the Norris Trophy. For years, he has put up great defensive numbers but lacked the offensive spark to win what is sometimes the best offensive defenseman award. However, with 46 assists and 63 overall points, Hedman finally had a big offensive year to match his defensive prowess especially with +32 that was second best +/- among defenseman in the NHL. Victor Hedman also showed his toughness, as he missed just six games after a midseason injury that originally was expected to sideline him for a month. 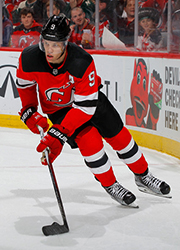 An MVP is more than just who had the best statistical season, but whose presence and play means the most for his team. By that definition, the player who meant the most to his team in the 2017/18 season was Taylor Hall of the New Jersey Devils. After finishing with the worst record in the Eastern Conference last year, the Devils made the playoffs with a team full of rookies. Hall was their leader with a team-best 93 points, which was 41 points more than Nico Hischier who ranked second on the team. The key to the Devils season was Taylor Hall’s 26-game point streak which kept the Devils in the playoff race through the toughest part of the season.

©MMXVIII Tank Productions. These are not just mere prediction but whom I believe should win the said awards. Selected by Frank Fleming on April 10, 2018 at 12:00 am ET