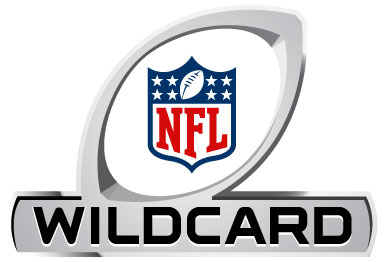 As we hit 2020, it is hard to believe that the Buffalo Bills have not won a playoff game in more than 20 years. In fact, it was 20 years ago things went south when they lost in the Music City Miracle. The Bills had their best season since their glory days of the 90s, winning ten games. The Bills success came mainly on the backs of their defense, which was quietly one of the best in the NFL. The Houston Texans meanwhile won the AFC South and find themselves in the familiar position of playing in the Saturday Afternoon Wild Card Game. Every time that Houston has made the playoffs, they have been in what is the first postseason game of the year. The Texans should get a boost on defense with the return of J.J. Watt. However, going into Saturday, the status of Will Fuller is up in the air. The Texans receiver was vital all season, as they struggled in the games he missed. With the Bills defense able to put the clamps on Deshaun Watson, and Josh Allen showing improvement and the ability to just do enough, look for Buffalo to get the win on the road.

The New England Patriots are back again, seeking their tenth trip to the Super Bowl in the Bill Belichick era, which is at the 20th anniversary of him resigning with a napkin to the Jets. This year the Patriots will need to go the extra mile, as their loss in Week 17 means they will not get a bye in the playoffs for the first time in a decade. The Patriots have never gone to the Super Bowl in the Belichick era without being the first or second seed. It is highly unlikely that the Tennessee Titans can win this game in Foxboro, but the Patriots are not the team they have been in the past three Super Bowl seasons. The Patriots’ defense is stacked and could carry them, but Tom Brady could be nearing the end as he has looked 42 at times this season. The weather on Saturday night is expected to be cruddy, with rain expected all day in New England. This is the type of game the Patriots were built for. Short of Derrick Henry running for 200 yards, the Titans have no shot of winning this game. Expect the Patriots defense to win this game and perhaps get a pick-six of Ryan Tannehill, who is playing in his first postseason game.

Let’s go to the Kirk Cousins flowchart. Are the Minnesota Vikings playing a team win a winning record? Are the Vikings playing a game on National Television? If the answer is yes to either of those questions, it will be a loss. Cousins has never played well in these pressure circumstances and never has been able to win the game. The New Orleans Saints, meanwhile, come into the playoffs with a chip on their shoulder. Last season they were robbed of a shot to play in the Super Bowl with the infamous blown pass interference call. Two years ago, they lost to the Vikings on the Minneapolis Miracle. The Saints know with Drew Brees at the age of 40 have a short time left in their window of opportunity. They are only playing this week because they came up short in the tiebreaker game as there was a trio of 13-3 teams in the NFC. Anyone of them can make the Super Bowl, and the Saints will make a big statement by crushing the Vikings at the Superdome.

The Seattle Seahawks had a strange season, most seasons they are among the best home teams with the power of the 12th man. This year, they were only a 4-4 team at CenturyLink Field. While on the road, the Seahawks excelled, winning seven of eight. The Philadelphia Eagles meanwhile had to win their last four games, to squeak out a 9-7 record to win the NFC East. This has put Philadelphia in the familiar position of being the home dog. In that position, the Eagles won two games two years ago on the way to winning Super Bowl LII. While Carson Wentz is making his first playoff appearance after injuries the last two seasons, the Eagles know how to win in January, beating the Bears last season on Wild Card Weekend. The Seahawks are the better team overall with 11 wins, but with losses in three of their previous four games, Seattle is struggling at the wrong time. The Eagles meanwhile are hot at the right time. Look for Philadelphia to continue to win in the postseason.