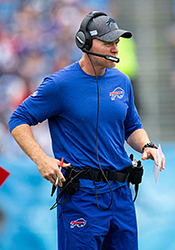 The Buffalo Bills had their first ten-win season in 20 years, making the playoffs for the second time in three seasons with a 10-6 record. A big reason behind the Bills’ success was their defense. Coach Sean McDermott served a Defensive Coordinator before getting a chance to be a head coach three years ago in Buffalo. The Bills allowed the second-best scoring defense in the NFL, allowing just 259 points. The Bills only allowed 30 points once in 2019, allowing them to remain in every game, which is primarily due to their defensive-minded coach. 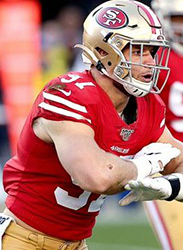 Three years after his brother Joey Bosa was named Defensive Rookie of the Year, Nick Bosa is primed to do the same. The second overall pick out of Ohio State became a valuable piece in the San Francisco 49ers defense, as they posted the best record in the NFC. Bosa proved to be a master pass rusher in his first season, as nine sacks highlighted his 47 solo tackles. He also was quite the ballhawk, with two fumble recoveries and an interception. 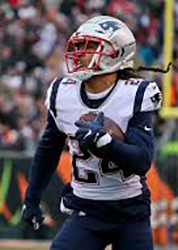 It was an odd season for the New England Patriots, as they were only finished with the third seed in the AFC, after nine straight seasons of getting a playoff bye. At times Tom Brady began to show his age, as the Patriots path to a 12-4 season was done mainly behind the NFL’s top-rated defense. The significant factor in the Patriots defensive prowess which allowed a league-low 225 points was their secondary, which at times became their best offense. Leading New England’s secondary was Stephon Gilmore, who had six interceptions, including a pair of pick-sixes. In addition, he successfully defended 20 passes. 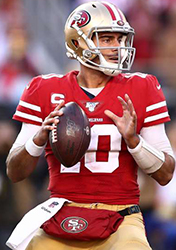 There was little doubt that Jimmy Garoppolo would bounce back from his ACL injury. After the San Francisco 49ers finished 4-12 in 2018, they had the best record in the NFC at 13-3. Garoppolo was a significant reason behind the Niners resurgence as he passed for 3,978 yards with 27 touchdowns. In addition, he also had 13 rushing touchdowns. Since being acquired by San Francisco, Jimmy Garoppolo, the Niners are 19-5 in games he has started. In short, when Garoppolo plays, the 49ers find a way to win. His comeback was essential to their success. 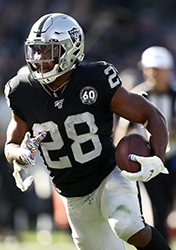 Following in the tradition of Jerome Bettis and Eddie George, Josh Jacobs is a running back who will win Rookie of the Year in a season in which their teams were getting ready to relocate. Jacobs gave fans of the Oakland Raiders glimpses of greatness, as he rushed for 1,150 yards with seven touchdowns despite missing three games late in the season due to injury. Jacobs, when he was healthy, became the focal point of the Silver and Black attack. 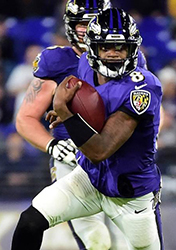 There were plenty of doubters for Lamar Jackson, as teams envisioned Lamar Jackson playing receiver or running back when he went to the combine. However, he insisted he was a quarterback and was drafted at the end of the first round in 2018 by the Baltimore Ravens. Jackson got his chance to play at the end of last season. He helped the Ravens get in the playoffs, with the departure of Joe Flacco, the Ravens entrusted their offense to Lamar Jackson, and it paid off as Baltimore scored more points than any team in the NFL at 531, as their quarterback silenced all the doubters. 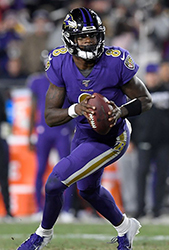 More often than not, the Offensive Player of the Year and the NFL MVP go hand in hand, as the same player takes both awards. This year it will be no different, as Lamar Jackson is the no-brainer NFL MVP, for leading the Baltimore Ravens to a 14-2 record. As the Ravens scored an NFL best 531 points, Lamar Jackson, who rested in the final game of the season, set a new record for rushing for quarterbacks with 1,206 yards and seven touchdowns. Through the air, he was equally impressive, passing for 3,127 yards with a league-high 36 touchdowns.

These are not just mere prediction but whom I believe should win the said awards. Selected by Frank Fleming on January 25, 2019 at 12:40 pm ET