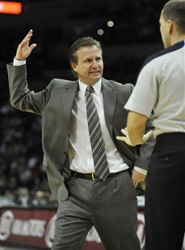 At one point last season, the Thunder in their first season in Oklahoma City were languish with a Net like record of 5-32, on the way to posting a 23-59 record. Brooks took over in the middle of last season and not much was thought about their chances at the start of the season. However, the Thunder won 50 games and made it into the playoffs in the competitive Western Conference. A big part of the turnaround was Kevin Durant’s development into a dominant scorer, but the players Scott Brooks mixed in around him were also a key to the turnaround. 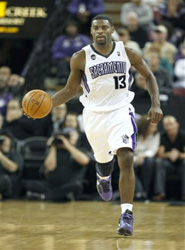 In a year of terrific rookie seasons from Stephen Curry and Brandon Jennings it is Tyreke Evans who emerges as the leader of the pack. Picked fourth overall in the NBA Draft Evans had one of the best rookie seasons in NBA history by averaging 20.1 ppg, along with 5.8 assists per game, and 5.3 rebounds per game. The only payers to average 20-5-5 in their rookie season previously were Oscar Robertson, Michael Jordan and LeBron James. 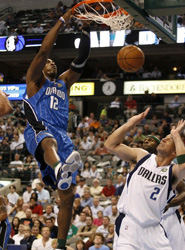 No player illustrates dominance in the middle like Dwight Howard who is a lock to win his second straight defensive player of the year award. Leading the Magic to a 59-23 record and the second seed Howard once again averaged a double-double on the season with 18.3 points per game, and most importantly 13.2 rebounds per game. He also added 2.8 blocked shots per game, all while playing under control enough to average less than four fouls per game. 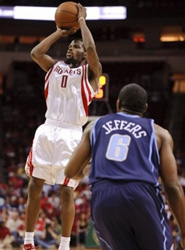 The Rockets could have been an epic disaster this year, Yao Ming missed the entire season and Tracy McGrady’s skills so deteriorated that he was dumped on to the New York Knicks. However, despite this the Rockets remained competitive and posted a winning record while just missing the playoffs. This was due to Aaron Brooks who raised up to be the team’s new leader by averaging 19.6 ppg, which is more than the points per game average he held his first two seasons in the NBA combined. 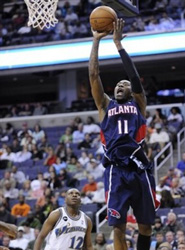 Jamaal Crawford averaged 18.0 ppg ranking second on the Hawks without making a single start during the regular season. Crawford who spent most his career languishing on bad teams like the Bulls, Knicks and Warriors is one of the key players on the up and coming Hawks who got the third seed in the Eastern Conference playoffs. Despite not starting Crawford’s 31.1 minutes a night made him the true meaning of that sixth man who comes off the bench early and in key situations. 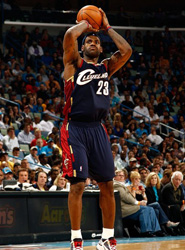 What more can be said about LeBron James, he is the King of the NBA. While the ultimate decision on his future will be the drama of the off-season there is no denying he is the best player in the NBA. The ultimate goal for this year still remains to bring a championship to Cleveland, and thanks to LeBron’s play the Cavs will be a favorite in the East, as James finished second in scoring with 29.7 ppg, while setting a record for assists per game by a forward at 8.6 per game, all while also averaging 7.6 rebounds per game.

©MMX Tank Productions. These are not just mere prediction but whom I believe should win the said awards. Selected by Frank Fleming on April 15, 2010 at 10:50 pm EST