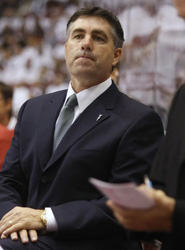 When the season began the Phoenix Coyotes were a team that had no hope as the franchise was in bankruptcy with the NHL taking over as no new owners were found. However, under new coach Dave Tippett, the Coyotes did better than merely qualifying for the playoffs as they battled the Chicago Blackhawks and San Jose Sharks for the top of the Western Conference, all while posting their finest season since moving to the desert. While the ownership remains unsettled the team appears to be in fine hands under Tippett moving forward. 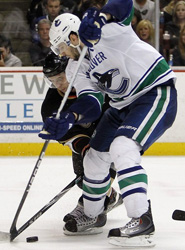 While the Sedin twins stole the spotlight in Vancouver it was the two way play of Ryan Kesler that may have been the key to the Canucks success in 2010. Kesler finished third on the Canucks in scoring with 25 goals and 75 points and was a big factor in Daniel Sedin winning the league scoring title. However it was defensive presence that may have been most valuable for the Canucks, who endured a record six week 14 game road trip around the Olympics which were played in their home arena. 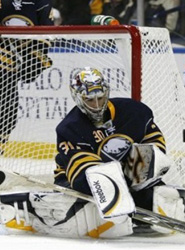 During the Olympics, Ryan Miller almost single handily captured the gold medal for Team USA. While that may not count in the Vezina race, it goes to illustrate the brilliance he played with all season while leading the Sabres to a Northeast Division Title. Miller ranked second in both GAA, and save percentage while posting a career high 41 points as the Sabres went from missing the playoffs in 2009 to being one of the top teams in the Eastern Conference in 2010. 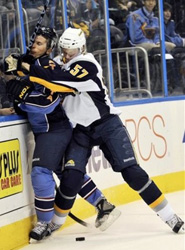 At the age of 20, Tyler Myers has already established himself as a power and physical presence in the league. Drafted 12th overall in the 2008 draft, Myers immediately became the Sabres most valuable defenseman in 2010, leading the Sabres in ice time as they captured the Northeast Division Title. At 6’8″ and 222 lbs, the future is bright for Myers who scored 11 goals and 48 points, ranking third among all rookies in scoring, but perhaps most important was his +13. 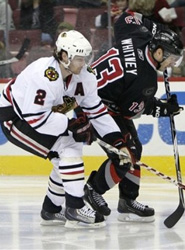 While Mike Green of the Capitals had another great year, he will have to settle for second in the Norris Trophy race again, as Duncan Keith is the much better defensive player. A big part of the Blackhawks resurgence into one of the elite teams in the NHL. While the Blackhawks won their first division title in 17 years, Duncan Keith averaged 26:38 per night, and posted career highs in goals and assists, as his defensive presence helped cover up some of the Blackhawks weakness in goal. 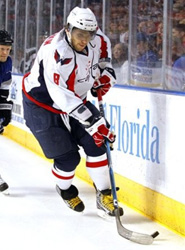 Alex Ovechkin may have missed out on the scoring title or leading the league in goals, but he became a more complete player as the Capitals emerged as the dominant team in the league. Ovechkin who earned the captaincy of the Capitals took on a more physical role this season, a role at times that was too physical as he was suspended twice. However, as the playoffs begin Ovechkin has the Capitals as the clear team to beat, as he advances to the third straight Hart Trophy as the best player in the league.

©MMX Tank Productions. These are not just mere prediction but whom I believe should win the said awards. Selected by Frank Fleming on April 12, 2010 at 11:50 pm ET