Are the Winners of the Eastern and Western Conference Sure? 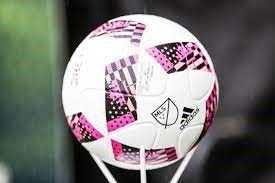 Major League Soccer is the most popular soccer league in the USA and Canada, and they play at the highest level in the USA. Betting on this league is quite the adventure and now that online sports betting is legal in multiple states, fans are happy to join the fun. Check out this PA Lottery bonus code for more information on the bonuses, you can get as a new customer on a platform like this one.

How Much Time is Left of the Current MLS Season?

The 2021 MLS season began way back in April and it’s only a month away from ending. The official date of the regular season end is November 7th. From November 19th until December 11th the top teams in the two conferences will participate in the play-offs. In this article, you can read more about the probable participants in the 2021 MLS Cup, according to the rankings right now.

What is the Situation in the Eastern Conference Table This Season?

The Eastern Conference situation isn’t as competitive as the other conference because New England Revolution has been leading the table for pretty much the whole season. They are eighteen points ahead of the number two in the table – Nashville. This big of a point difference is going to take a miracle to overcome by the end of the season. That’s why it’s highly unlikely anyone will beat New England Revolution with only a month left, considering they are playing very well and their form is almost perfect.

Although the top spot is pre-determined, we believe that Nashville will continue to fight for its position at the top, but with so many draws in their MLS history, we don’t see them climbing to the first place. After Nashville, Philadelphia Union and Orlando City are on the 3rd and 4th positions with only a five-point difference.

At the bottom of the table, we have Toronto and Cincinnati with a five-point difference, and we can only see Toronto advancing to the play-offs if some things go their way this last month, not only in terms of wins but also in terms of other teams’ form.

The Western Conference consists of fourteen of the twenty-seven teams in MLS, two of which are Canadian. The current table leader of the EC is Seattle Sounders. Although that may not be the case for long because Sporting KC is right behind them with only a two-point difference. If these two teams suddenly start playing badly, the next two contenders for the top are Portland Timbers and Colorado Rapids. It’s highly unlikely that any other team reaches the top places in the table with only a month left in the regular season.

Austin and Houston Dynamo are at the bottom of the Western Conference table with a small point difference between them. We don’t see them and a few other teams higher in the table making it to the playoffs this season with the current form they are in.