Fantasy baseball has been around since the 19th century, but fantasy soccer was only invented in 1990; by the Italian journalist Riccardo Albini. Fantasy soccer soon spread to become a worldwide phenomenon. It basically works like this: you choose players to form a fantasy soccer team. If the players do well in real life, your fantasy counterparts receive points. The more points you collect, the bigger prizes you can claim at the end of the contest.

While the premise of fantasy soccer is simple, forming a winning team can be harder said than done. You’ll have to spend time strategizing to create a team of winners, but that’s all part of the fun. Whether you are new to playing fantasy soccer or not, you’ll want to ensure you’re using the best fantasy soccer betting sites. So, here are the top ones for 2021. 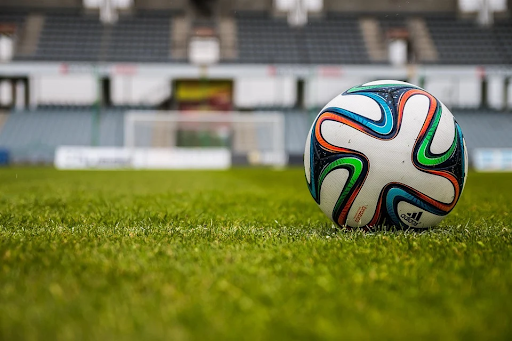 Based on the list of top fantasy soccer betting sites at fantasyfest.net, the best site to use in 2021 is DraftKings. In fact, DraftKings is the best site for all kinds of fantasy sports. The site’s 1-Day Fantasy Soccer is great fun, but there are lots of contests on offer each week. You can filter them for things like style, prize, and number of entries to find the best option for your personal needs. DraftKings also provides some helpful tips for new players. For instance, look for defenders who play on the outside because they have more opportunities to create crosses, thereby allowing you to rack up more fantasy points.

At PrizePicks, you can win money by predicting whether particular soccer players will go over or under their projected fantasy scores. This fantasy soccer game is one of the simplest, but it’s still great fun to play. Begin by picking between two and five professional soccer players. Then choose “over” or “under” as their projected scores. You can either go with the Power Play option, in which all of your picks must be correct to win, or the Flex Play option, in which you can win with just one correct prediction.

As the home of soccer, or football as it’s called in the United Kingdom and the rest of the world, it is not surprising that the English Premier League features on many fantasy soccer sites. Fantasy Premier League is the league’s official fantasy site. A lot of investment has gone into this site to make it one of the best on the web. Fantasy Premier League provides some great prizes. It’s also easy to set up. You choose players on an auction basis and their values rise or drop according to their recent performances. There are also numerous statistics and forms you can analyze to make informed strategic decisions. If you follow the likes of Manchester United or Chelsea, you’re sure to enjoy playing Fantasy Premier League.

FanDuel EPL, based on the English Premier League, has everything you could want from fantasy soccer. You’ll experience game-changing moments and nail-biting finishes in the fantasy league as much as the real-life league. In a few simple steps, you can draft your lineup. You can play against friends or strangers, and there’s no requirement for a season-long commitment. In fact, you can build a new team for each matchday. You can choose whichever players you like as long as they stay under the salary cap. If you manage to collect lots of points, you can win cash prizes. With FanDuel fantasy soccer, you can also customize your league settings, enter tournaments for a shot at the big cash prizes, and enter beginner-only contests to pit against other newbies. So, even if you have no experience playing fantasy soccer, FanDuel is a great site to use.

Many fantasy sports are available at Monkey Knife Fight, but a game of knife-fighting monkeys is not one of them. You can play fantasy soccer, though. It follows the traditional fantasy soccer format and you can pick players from Major League Soccer or the English Premier League. Once you have picked your team, you collect points if your players’ real-life counterparts are successful. Of course, having more points means having the opportunity to win more. Monkey Knife Fight has racked up several awards since it was founded in 2018, including Disruptor of the Year at the FSGA awards in 2019 and EGR’s Fantasy Sports Operator of the Year in 2020.