Here Are The Predicted Odds and Picks in NFL Football 2020 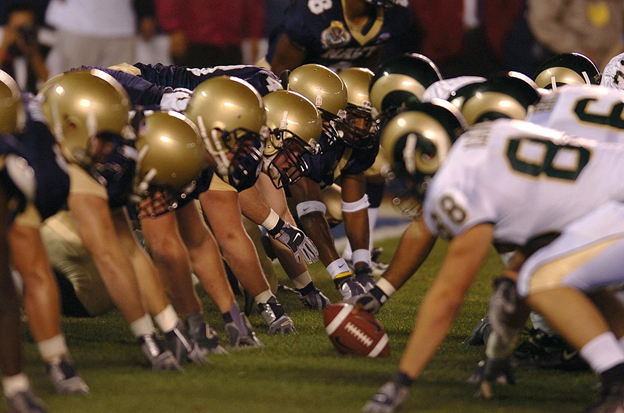 The National Football League is America’s most popular game. It is one of the consistent and prevalent American Sports Leagues that attracts fans from around the world. Since the NFL is the most anticipated sport, it is no surprise that the demand for predictions and odds is high and much of its intensity starts even months away before the start of the actual season. It’s the most anticipated event in both the annual sporting calendar and sports betting industry.

We made a rundown of several points to get you started in the upcoming weeks in the NFL. From top predicted odds and picks to some expert picks, we got you covered. If you’re looking for some insightful forecasts from certified experts, read further below.

For bettors, not everything is about getting the biggest cash prizes in predicting odds and picks. It is more about how many events you can predict throughout the whole season. And as such, getting more information on expertly calculated predictions is a must.

One such thing is getting the predicted wins of a specific team throughout the whole season. Here are some predictions we’ve collected as the season plays out.

With last year’s record of 12-4 and current prediction of 10-6, it all comes down to Cam Newton’s performance to tip the odds, provided that he can stay consistent and healthy inside the team. New England Patriots’ general manager, Bill Belichick, has taken quite a challenge since all eyes will be on them. Considering that they took the bigger hit with opt-outs due to Coronavirus.

As we said, it all comes down to how Cameron Newton would shift the tides and bounce back from initial setbacks.

The New York Jets had a slow start but ended it with a strong comeback last season. However, uncertainty looms around the Jets as injury concerns spark debate whether some of their key players can outperform their last season’s stats despite improving their offensive line and changing the overall setup.

Despite all of this, there is no clear forecast hinting about their performance. But who knows, they might do the same thing as last season, starting slow but gradually shifting to big wins and strong comebacks.

The Dallas Cowboys face a good season this year. Under the guidance of Michaell Mcarthy, its players are consistently in high spirits, which is holding up well. Another reason for its good insight is the perfect selection of both CeeDee Lamb and Trevor Diggs in the early parts of the season.

Seeing an 11-5 prediction this 2020, it is an exciting show on how the Cowboys would play the upcoming games, given that they had such a strong start.

The upcoming matches for October are quite peculiar and slow, as remarked by experts. But there is always room for upsets and surprises. Here are some playstyle predictions brought from FanDuel’s futures odds.

The Green Bay Packers are currently on edge after its recent defeat against the Tampa Bay Buccaneers. Due to uncanny mistakes from Quarterback Aaron Rodgers, its unlikeliness to have bad performances has led them back and rethinking on how they should focus against the Houston Texans.

Despite Texans ranking dead-last in rushing yards, they are not to be underestimated. A more efficient play from Rodgers will be expected, along with Aaron Jones, to mitigate further errors.

The Buccaneers dominated Green Bay’s game while forcing Rodgers into committing interception errors. And with their defensive lineup, they should hold up against Las Vegas Raiders Derek Carr and Josh Jacobs.

It is worthwhile to take note that the Buccaneers might be facing a stiff challenge. Raiders have the home-field advantage. Derek Carr is backed up by Darren Waller and Hunter Renfrow for multiple receiving opportunities.

The Buccaneers are a strong team, and it’ll be more challenging for the Raiders to overcome their defensive wall if Jacobs fails to be the head of their offense. The Buccaneers still have to make crucial plays with Tom Brady against a high-ranking defense from Raiders.

A wild game is expected from Browns and Bengals with their high performing offensive players under the names of Tyler Bord and Joe Mixon for Bengals, and Kareem Hunt and Odell Bechham Jr for Browns.

Despite having low defense ratings for both teams, this match could be as wild as it gets.

The ongoing and upcoming matches are becoming exciting as teams pull out surprising plays and high-octane performances. With betting odds stacked and tensions rising, the chance for getting a prediction into reality may be ever so slim. Nevertheless, this is the NFL, and this is where surprises and twists are the norms.