How online sports betting on NBA has changed over the years

NBA is a sport that is followed by millions across the world. There are hundreds of matches played every year and thus a lot of opportunities for betting people to wager their money on. However, it wasn’t always a direct road for the NBA to become involved in online sports betting.

For almost six years, NBA along with all the top sports leagues such as NCAA, NHL, and NFL actually fought against the sports betting laws as they didn’t want bets to be placed on their games. They claimed that the sport will suffer external harm with the introduction of online betting.

However, as more states started opening themselves up for online betting due to a Supreme Court ruling, a race for capturing the biggest markets and making the most money through online sports betting began. 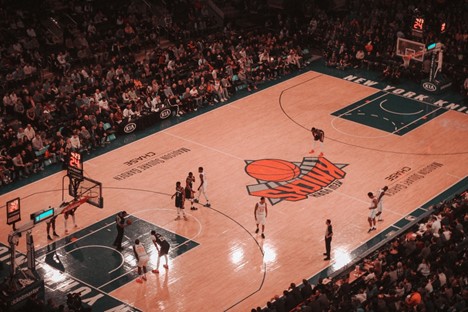 Ever since that court ruling, many of these sports leagues have partnered up with businesses that can help them with the online sports betting business. The NBA signed up with MGM resorts, which is a prominent gaming company with properties in over six states in the US.

This $25 million deal gave MGM the rights to use the NBA team logos and resources, eventually leading up to them getting access to the official NBA data feed. This data feed is where the betting magic happens because it can be used to create a minute-by-minute wagering system that is quite popular.

Before this deal was signed, other sportsbooks that tried to include NBA betting in their portfolio were forced to use words other than NBA in their games to avoid copyright issues. As such, they had to use words such as “Pro Basketball” to make it sound different from the NBA which doesn’t sound as exciting as using the actual name.

Once NBA sports betting was allowed across many states, the number of users tuning into these games for betting purposes started to rise. People were able to stay at home and keep track of the games or even watch them from their office, all while placing their bets as the game dragged on.

This meant that people were not able to bet fairly by simply watching the game through the TV. To aid with this, they decided to only allow placing bets during commercial breaks that the playing field was level again. However, this was not a long-term solution.

Once MGM was able to get access to the direct data feed from the NBA, they decided to capture this data on their sports betting mobile app. This app was created with the hopes of building an in-game betting experience that can be done in real-time and with all the relevant betting data. 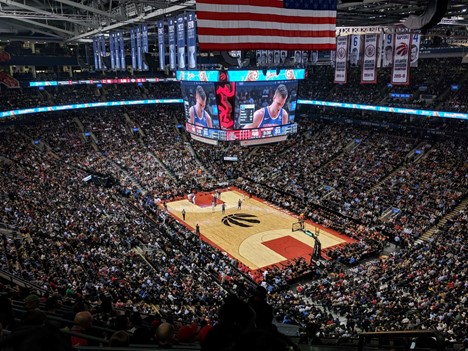 In-game betting was becoming a popular experience because of how it is able to capture users’ attention. Since the whole thing is going live, people tended to watch the whole game through the live betting platform which improved revenues and margins over time.

The rules of NBA sports betting since then

After the initial pushback by the NBA of sports betting, they have fully embraced the culture and brought about many changes to the betting system for its game. Here are a few:

NBA changed the pricing for their subscription-based league passes that gave users access to live and on-demand games. The pricing options now are:

A rule was passed during the year for all teams to submit their team lineup for games 30 minutes before the game starts. What this does is it allows bettors to have a more informed betting experience as they can formulate a strategy based on player strengths.

Before this rule change, the rule was that teams only had to submit their lineups 10 minutes before the game.

NBA announced a virtual sports betting game where NBA highlights and official footage will be stitched together from recent game seasons to play out a complete story of the game within 90 seconds.

The game then allows you to place wagers during the 90 seconds of simulated footage such as who will win and the total points scored by both teams.

If you’re looking into NBA sports betting, then you should note that betting does not only take place in the US. You may find better odds in other places such as PBA betting or NBA betting in the Philippines.

My name is Evelyn Balyton and I have been following online sports betting for many years. NBA is just one of the sports industries affected by the betting industry. You can read more of my writing about how the online betting industry is affecting other sports.