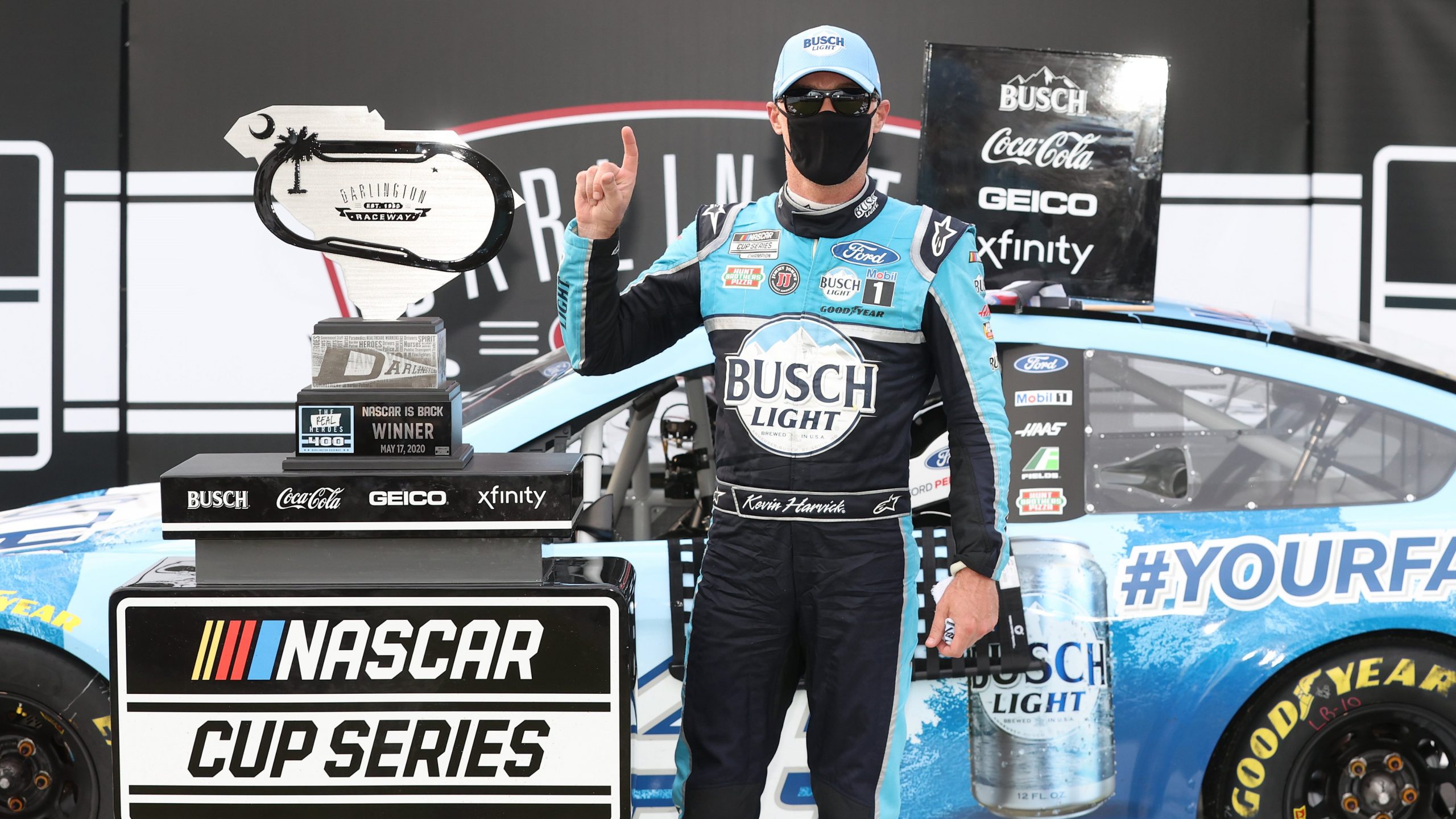 2020 is well and truly underway with the return to sport as NASCAR gets underway, there are more of us than ever before tuning in week after week to see who will emerge victorious at the end of every race. With the excitement of racing back on our screens, all eyes are on Kevin Harvick as he fights to be the 2020 NASCAR champion.

Since extending his contract with SHR the sky has been the limit for this racer that is set to have another amazing season in 2020. As it stands, Harvick is off to a flying start this season sitting at the top of the leader board in the cup series with a total of 218 points. This is a flying start for the racer who found himself finishing in 3rd at the end of the season last year.

Since then the racer as had a lot to prove and with the postponement of the racing due to the ongoing pandemic, he has come out all guns blazing with a flying start.

The Return To Darlington Raceway

The first race of the season behind closed doors took place at the Darlington Raceway and despite having no audience was one of the most exciting races at this time. From the off Kevin Harvick lead from the front maintaining a strong lead throughout. Since taking the lead from Brad Keselowski on lap 216 he continues to make huge strides at the front of the pack. This was an amazing first race back for Harvick who has finished with the most wins in NASCAR at this time. With more than a 2-second lead securing him the win, it is looking promising for the racing legend who has one at least 1 race in every season. No one has won as many races as him and he is by far one of the favourites to win the league for those that are betting on the remainder of this season.

In addition to the continuation of the season, there is also the continuation of e-NASCAR taking place. This is an exciting virtual tournament that has continued to combine both game consoles and racing as a whole. This has proved highly popular with racers as well as fans as it combines the thrill of live events with virtual NASCAR. This not only allows for additional NASCAR content but can bring back racers out of retirement to try their hands at virtual sporting events. This is the perfect way for NASCAR racers new and old to join together and put on a show for the fans and raise the excitement in between races. With several racing events taking place across several different categories the year of 2020 is set to be a promising one for the future of NASCAR.

To help you make the most out of virtual NASCAR, we have compiled a list of some of the upcoming races:

Each of these has a wide range of contenders that are on hand to provide entertainment for the fans and become the champion of the online racing season. This is set to be a brand-new way to enjoy the sport in the near future.

Our Predictions for the Rest of the Season

With this in mind, we predict that Kevin Harvick is set to be the champion of the 2020 season as the season continues to rumble on as he is by far one of the most skilled drivers on the circuit this season. With victories on a number of racecourses as well as an amazing team behind him, this is set to be a promising year for the front runner as he continues to fight to maintain his lead in the coming months as others A. Bowman continues to edge ever closer to the victory as a result.

With this in mind, it is looking to be a promising season for NASCAR this year as the remainder of the season continues behind closed doors during this unusual time. Who are you hoping to win in the 2020 NASCAR season?