Melbourne Cup 2021: Everything We Know So Far 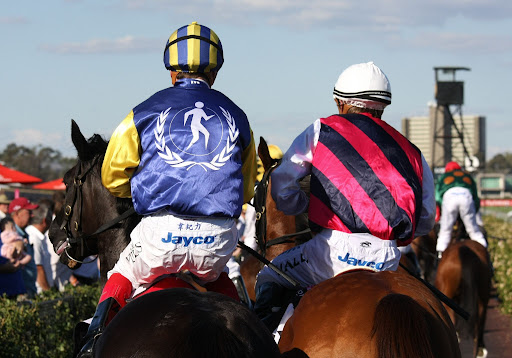 The Melbourne Cup is one of the most significant events on Australia’s sporting calendar. It’s a chance for Aussies to get together and celebrate their love of horse racing, fashion, and good times.

This year promises to be one of the most exciting races in recent years, with several top contenders vying for victory on the first Tuesday in November. Here is what you need to know so far leading into the big race, from the Melbourne Cup main race time to the horses you need to start following now.

Incentivise Will Go Into This Year’s Race As The Favourite

After years of overseas dominance, Australia has a ready-made favourite for the Cup this time around with Toowoomba stayer Incentivise. Best of all, champion jockey Glen Boss (pictured) has been confirmed as the rider and will be the only New South Wales jockey to compete in this year’s Melbourne Cup.

Incentivise’s part-owner and original trainer Steve Tregea said there had been hot competition to ride the champion stayer, with the likes of Craig Williams and Jamie Kah in the mix. Incentivise will also go into the Caulfield Cup as the favourite.

Irish stayer Stradivarius has been carving out a reputation in Europe since 2017 and has racked up a host of major wins as well as the coveted Cartier Champion Stayer award three years running. But he faced a significant challenge from the United States thoroughbred Spanish Mission.

The Group 2 Lonsdale Cup was expected to be won in a canter by Stradivarius, but Spanish Mission gave the champion stayer a massive challenge down the straight of the 3270-metre race. So now, the US champion is heading down under and will enjoy joint favouritism for the Cup.

Trainer Andrew Balding said that the Spanish Mission had passed veterinary requirements and would head into quarantine before a duel assault on the Caulfield and Melbourne Cups.

“Spanish Mission ran a fine race at York and was just narrowly defeated by Stradivarius which is pretty good form – obviously, Stradivarius is one of the great stayers we have had in Europe for a very long time,” he said.

“We are really looking forward to it; unfortunately, it’s not a normal year by any stretch of the imagination, sadly we won’t be able to attend, I wouldn’t have thought.

“But it will still be wonderful to be competing in a race of this magnitude (Melbourne Cup) and with a really worthy candidate.”

It Is Hoped That Crowds Will Return To Flemington

Crowds could be welcomed back to Flemington Racecourse for the Melbourne Cup this year after COVID-19 meant the 2020 event was held behind closed doors. The health situation in Melbourne will be closely monitored, and Victoria Race Club is working with the state government on a COVIDSafe event plan.

“After last year’s spectator-free event, the VRC is firmly focused on delivering a very special and memorable Melbourne Cup Carnival that enables everyone across Australia to revel in the spirit of the Cup,” The VRC said in a statement.

“We are fortunate that our Melbourne Cup Carnival is later in the Victorian spring racing season, which provides us with more time to secure and implement our plans.”

All horses will face more strict veterinary approval processes in 2021 in a bid to make the race safer. A review following the death of favourite Anthony Van Dyck in 2020 has led to the new rules.

From now, horses that have had previous major fractures or orthopaedic surgery will be excluded, and horses will be tested under race day conditions to determine if they are fit for major events.

“We have engaged an international panel of diagnostic imaging specialists to review the mandatory scans, whilst our veterinary team is overseeing the conduct and analysis of physical examinations, vision of horses and veterinary and training records.”

There Will Be More Australian Runners In This Year’s Field

Another impact of the report by Racing Victoria on deaths of overseas horses is that fewer international horses will be invited. This will not affect the size of the overall field, though, which means that more Aussie horses will have a shot at the Cup.

A maximum of 24 international horses will be allowed for the Spring Carnival, and they will be limited to one race outside of the Melbourne Cup.

The Melbourne Cup will be held at Flemington Racecourse at 3 pm AEDT on Tuesday, November 2.