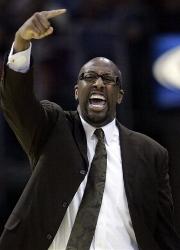 While having a MVP season from LeBron James does make a coach’s job easier, the job that Mike Brown did this season in guiding the Cavaliers to a 66-16 record, and an incredible 39-2 home record simply can not be ignored. Coming into this season the Cavs were viewed as a team with LeBron James and a bunch of role players that had no shot at a title, now they enter the postseason with homecourt through out and perhaps as good as chance of any team of winning the NBA Title. 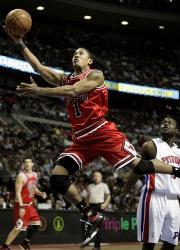 In a solid rookie class, with several future stars, it is the player who was drafted first that had the biggest first year impact. That player is Derrick Rose who guided the Bulls into the playoffs in his rookie season with a spectacular 6.2 assists per game and the on court leadership of a ten year veteran. Rose in short is the true play maker, in that he makes the players on the court with him better, and it won’t be long before the 20-year old is considered the best point guard in the NBA. 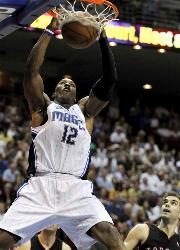 The only easy shot Dwight Howard gave up all season was during the slam dunk contest, when he willingly played a prop to Nate Robinson. However, what made the young star of the Magic a MVP candidate was his efforts under the boards, where he became just the fifth player in NBA since 1973/74 to lead the league in rebounds (13.9) and blocked shots (2.9) in the same season, as the Magic tied the Celtics for the team with the best defensive efficiency during the season. 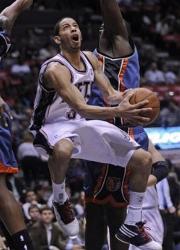 A year ago the Nets dealt Jason Kidd to the Dallas Mavericks in a move that began a rebuilding effort. In return they received Devin Harris, who quickly replaced Kidd, and may be even better then his aging counterpart already. Before a shoulder injury in March, Harris had the Nets in the thick of the playoff chase in the Eastern Conference. At the age of 26, Harris who posted a 21.3 ppg scoring average with 6.9 assists per game is only going to get better in the future. 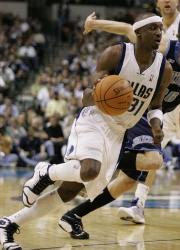 Playing behind Jason Kidd at Point Guard, Jason Terry was the spark off the bench the Mavericks needed all season as they reached the 50-win mark again in the highly competitive Western Conference. Despite missing a month with a hand injury, Terry may have been the Mavericks most important player as he spent much of the second half wearing a special glove to protect his hand, as he averaged 19.6 ppg, and 3.4 apg while starting only 11 games during the season. 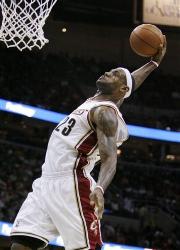 It was only a matter of time, from the day he was drafted number one in 2003 and lived up to early expectations out of high school it was anticipated one day LeBron James would become the best player in the NBA. That finally happened this season, as James led the Cavs to a NBA best 66-16 record. While his 28.4 ppg were ranked second to Dwyane Wade, who is a MVP contender in his own right, James took over many big games allowing the Cavaliers to enter the playoffs as perhaps the favorites.

©MMIX Tank Productions. These are not just mere prediction but whom I believe should win the said awards. Selected by Frank Fleming on April 17, 2009 at 2:40 am EST