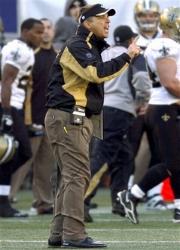 A year ago the Saints were 3-13, and their future was in doubt as they tried to pick up the pieces after Hurricane Katrina. This year under first year Coach Sean Payton they are 10-6 and the second seed in the NFC Playoffs with real hopes to make the Super Bowl, new acquisitions like Quarterback Drew Brees, and Rookies like WR Marques Colston and RB Reggie Bush have helped, but the new tone set by their coach has been one of the biggest reasons of any that the Saints are the feel good story of the NFL in 2006. 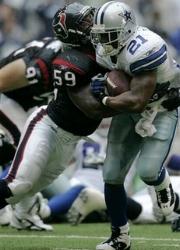 The Texans may have disappointed their fans by passing up Heisman Winner Reggie Bush and hometown hero Vince Young, and number one overall Mario Williams was anything, but super. However, there second pick and top pick in the second round DeMeco Ryans was the top rookie defender, as he led the NFL in solo tackles and finished second in total tackles as the Texans defense improved into one of the top young units near the end of the year, giving fans hope for the future in Houston.

ROOKIE of the YEAR (Honoray Mention) 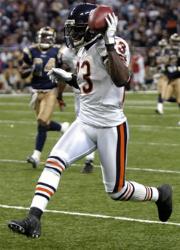 The rookie who made the biggest difference likely won’t be able to win any award, and that’s Devin Hester. Special Teams has never had an award for it’s own but six kick returns for Touchdowns is important to the Bears 13-3 best overall record in the NFL as any other player. He returned every type of kick too, a kick off, a punt, and even a missed field goal. He returned one in their dramatic comeback against the Cardinals, and two in their solid Monday Night win in St. Louis, all of which were in primetime. 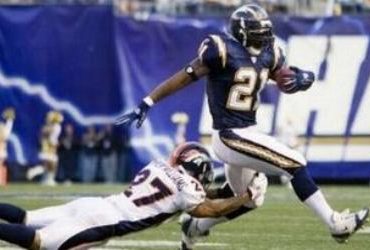 Simply put he had the best season ever for a Running Back, and maybe the finest season ever for an offensive player. Despite not scoring a Touchdown in the final two games of the year, as the Chargers worked on other parts of their offensive attack, LT shattered the single season Touchdown record with 31 TDs, and that’s not including two TD passes he had while leading the Chargers to a franchise best 14-2 season and the best overall record in the NFL. In addition LT also won his first career rushing title with a 1,815 rushing yards and when you add the 504 yards he had receiving you get an incredible 2,319 yards in total offense. The single season TD was not the only record set by LT, as he also scored a NFL record 186 points, which was 18 more the entire Oakland Raiders had this season. Weather or not the Chargers win the Super Bowl remains to be seen, but the 2006 season for LaDainian Tomlinson should be remembered as fondly as Ted Williams’s .406 season, and Babe Ruth’s 60 HR season. 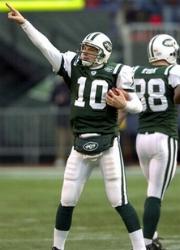 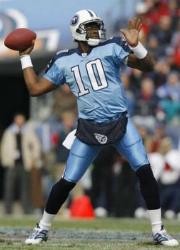 In January he was the hero of Texas leading the Longhorns to a dramatic win in the Rose Bowl for the National Championship, but still some in the NFL doubted he could play in the pros. Nobody is doubting him anymore, after struggling early Vince Young almost led the Titans the playoffs as he won six straight games, winning games in the fourth quarter with the late game heroics of a young John Elway, including a remarkable comeback from down 21-0 against the Giants, and dramatic OT scramble in his hometown, Houston. 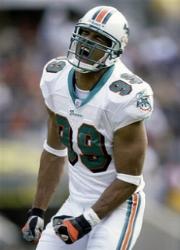 Last week Jason Taylor began campaigning for the top Defensive Award, by saying that Chargers pass rusher Shawne Merriman should not be allowed to win for his steroids suspension. I for one agree, and thus the award should go to Taylor who had 13 and half sacks and 11 forced fumbles, while scoring two defensive touchdowns playing for a Dolphins team that otherwise had a disappointing season at 6-10 due to an offense that consistently shot blanks.

These are not just mere prediction but whom I believe should win the said awards. Selected by Frank Fleming on January 1, 2007 at 12:30 am EST