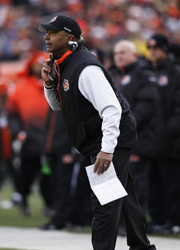 Prior to the start of the season the Bengals were considered a joke as they had just made the playoffs once since 1991. However, they are going again this year as AFC North Champs, sweeping their entire division, including two dramatic wins over the Steelers. However, what makes Lewis job even more special is the adversity the Bengals had to battle all season, from a stunning opening week loss to personal loss, as Defensive Coordinator Mike Zimmer lost his wife, and the shocking death of WR Chris Henry. 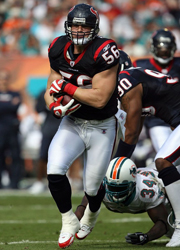 Brian Cushing was not drafted in the top 10, but he played like a top 10 pick all season, as he led all rookies in tackles with 134, while adding four sacks, and four interceptions in the Linebacker position. It was good enough to earn Cushing a spot on the AFC Pro Bowl roster as he is part of the bright future in Houston. 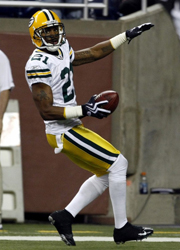 Charles Woodson has long been one of the best Corners in the league, but he topped himself in 2009, setting new career records for interceptions with nine, and touchdowns with three. Woodson also added four forced fumbles, two sacks, and was credited with 74 tackles as he helped guide the Packers into the playoffs. 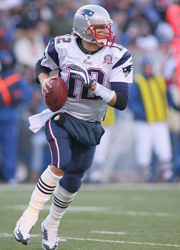 After going down in Week 1, with a torn knee last season, all had to do is comeback and stay healthy to win the Comeback Player Award. Early on he did look shaky, but he was able to find his grove, and lead the Patriots to another AFC East Title. He also had another solid season individually making the Pro Bowl, while throwing 28 Touchdown Passes, and while passing for over 4,000 yards. 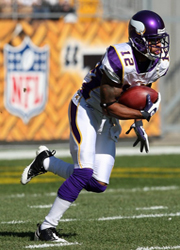 While injuries may have hampered him down the stretch, the numbers Percy Harvin put up at the start of the season were nothing short of impressive as he became one of Brett Favre’s favorite targets from the start of the season. He also was a huge playmaker on special teams, returning two kicks for touchdowns, while collecting over 1000 return yards. 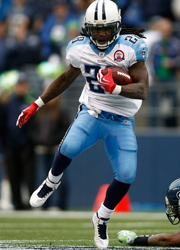 When teams get off to 0-6 starts, stats and accomplishments usually go out the window, as the team starts to focus on next year. However, thanks to Chris Johnson the Titans erased the bad start and got back into the playoff picture in December, as they posted an 8-8 record. Along the way Johnson set a new NFL record 2,509 All-Purpose yards, while becoming just the sixth player in NFL history to rush for 2,000 yards. If he only got the Titans into the playoffs he could have been a serious MVP candidate. 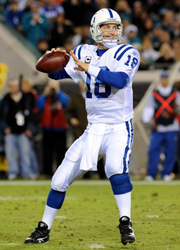 When the Saints and Colts were both 13-0 it was a clear race between Drew Brees and Peyton Manning for the MVP. While neither team finished unbeaten, the Colts made it to 14-0 and were on the way to 15-0 when Manning went to the bench, Brees was still on the field as the Saints lost in Weeks 14 and 15. However, the key stat is the seven fourth quarter comebacks Manning led, as the Colts won several games on Manning’s leadership and poise alone, including an early season match up against the Dolphins where the Colts won despite having less than 15 minutes of total possession time on offense.

These are not just mere prediction but whom I believe should win the said awards. Selected by Frank Fleming on January 3, 2010 at 11:20 pm EST