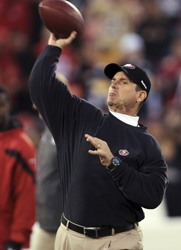 Last year the 49ers were a mess, entering the season with high hopes, they got off to a slow start and went downhill from there. Before the season was over Coach Mike Singletary was fired and their Quarterback situation was a mess as Alex Smith, Troy Smith and David Carr all were ineffective. The 49ers QB situation did not improve, but Alex Smith did as Jim Harbaugh designed a conservative system that made it easier for him to succeed. The Niners defense meanwhile was among the best in the league as they posted a solid 13-3 record to grab the #2 seed in the NFC. 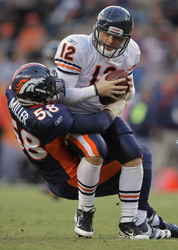 When Tim Tebow was making his run to get the Broncos from a 1-4 start to AFC West Champs, it was the Broncos defense that kept the games close enough for Tebow to have a chance to win in the fourth quarter. Leading that defense was a rookie Von Miller, who showed just why he was the second overall player chosen in the NFL Draft by already showing signs of becoming a dominant figure on defense. Miller racked up 69 tackles and had two forced fumbles, all while finishing the season with his hand in a cast because of a broken thumb. 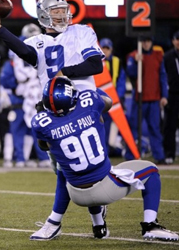 There were player with bigger sack numbers and more tackles, but there were no defenders who had a bigger impact on his team than Jason Pierre-Paul. The Giants secondary was decimated by injury from the start of the season while pass rushers Osi Umenyiora and Jason Tuck fought with injuries all season. However, thanks largely to Pierre-Paul who in just his second season took over the new force of the Big Blue defense the Giants made the playoffs. In both games against the Cowboys Jason Pierre-Paul gave the Cowboys nightmares. 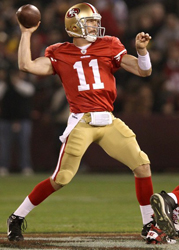 When the season began, there was no secret in San Francisco that the leach was short on Alex Smith, who taken first overall in the 2005 NFL Draft ahead of Aaron Rodgers no less, and was listed among the biggest busts in NFL history. In 2010 Smith was a source of frustration for the 49ers, throwing just 2,370 yards with 14 touchdowns and 10 interceptions. This year he took care of the ball, with just five pick offs against 17 touchdowns, while passing a career high 3,150 yards. The season will get Alex Smith a new contract and may be able to take away the label of bust if he can build of it. 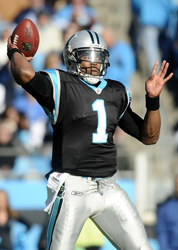 There were a lot of outstanding rookie performances in the NFL this season, but above them all was Cam Newton, who may have had one of the best rookie seasons in the history of the NFL. In his first game he set a record for most passing yards in NFL debut. He would become the first rookie quarterback to throw 4,000 yards in a season, and the first quarterback to have 4,000 passing yards, 500 rushing yards and 10 rushing touchdowns. He set a record for most rushing touchdowns for a QB with 14 and his 21 was the third best ever for a rookie. 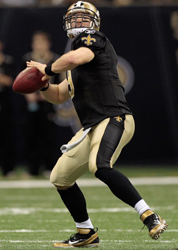 You can flip a coin between Drew Brees and Aaron Rodgers for this award as well as the MVP. At the end of the year no quarterback was playing better than Drew Brees who blasted by Dan Marino’s single season passing record, ending the season with 5,476 passing yards and 46 touchdown passes. Both players deserve to win something and for getting the passing yards record Drew Brees should be Offensive Player of the Year, which this year is almost like a runner up for the MVP award. 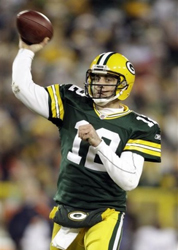 Meanwhile Aaron Rodgers should get the MVP because he had a more flawless season, less interceptions and a better passer rating. Additionally the scrambling ability of Rodgers and the Packers lack of a good running back made his stats more important to his team. Rodgers led the Packers to the best record in the NFL and despite playing one less game still 45 touchdown passes, against just six interceptions. When choosing between Rodgers and Brees it goes to the fourth decimal point and Rodgers gets the MVP.

These are not just mere prediction but whom I believe should win the said awards. Selected by Frank Fleming on January 4, 2012 at 11:30 pm EST