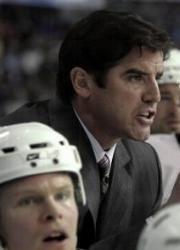 Going into the season nobody really gave a second thought to the Hurricanes, as they had no fan support and seemingly no chance. However, from the start of the season everything clicked and they quickly ascended to the top of the Southeast Division where they stayed all year, as they had the 2nd best record in the Eastern Conference and 4th best overall, not bad for a franchise known for mediocre play. 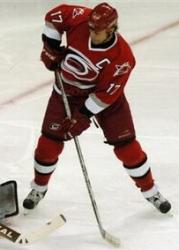 For year Rod Brind’Amour has had reputation of a grinder the type of player when he plays against you that you can not stand but you love when he’s along side of you. On a young team of unproven stars he emerged as the leader and helped players like Eric Staal and Erik Cole develop into dynamic stars as the Hurricanes ravaged the Eastern Conference with a franchise best record that have them standing with Home Ice Advantage until at least the Eastern Conference Finals. If they are to make it that far you can make bank that Brind’Amour will be a major reason why. 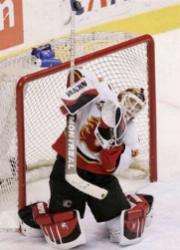 Prior to the lockout Miikka Kiprusoff was having a break out year leading the Flames all the way to the 7th game of the Stanley Cup Finals while establishing himself s one of the best net minders in the league. After the lockout with offense exploding thanks to the new rules the Flames have been able to extinguish the fireworks thanks in part to Kipper who had an MVP caliber performance all year leading most goalie statically categories. Come playoff time this could equal an even greater trophy landing in Calgary. 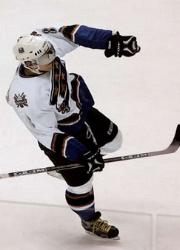 In 20 years they will still be talking about the rookie class of 06, because of last year’s lost season, no class has ever been deeper, with as many players that have made a key contribution right away. The class is so deep its possible Henrik Lundqvist could be a Vezina Finalist but not a Calder Finalist, as Sidney Crosby and Ovechkin had debuts that rank among the best ever with 50 goals and 100 points, in a perfect world they would split the award, but since somebody has to win it should be Ovechkin who had slightly better numbers and was more dazzling. 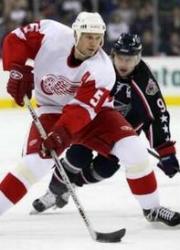 The best defensive player before the lockout was Niklas Lidstrom who won 3 straight Norris Trophies from 2001 through 2003, before falling short in 2004. Now that the NHL is back so is Lidstrom to reclaim the Trophy he has made his own in the 21st Century, as the Detroit Red Wings once again won the President’s Trophy and are among the favorites for the Trophy that really matters, while Lidstrom was also a key reason why Sweden struck Gold in Torino, though the Olympics don’t count for the Norris his overall play makes this an easy choice. 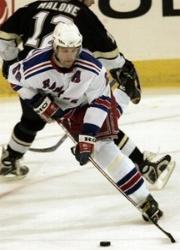 As with the other awards there are several candidates for the NHL MVP, with Jaromir Jagr the Rangers rejuvenated superstar at the front of the class. Prior to the lockout the Rangers were dreadful and Jagr appeared washed u but the new rules rejuvenated his game as he set franchise records in goals and points, while the Rangers ended an 8-year playoff drought while spending most of the season in 1st place, surrounded by a largely unproven team of rookies that many experts predicted to finish dead last in the NHL.

©MMVI Tank Productions. These are not just mere prediction but whom I believe should win the said awards. Selected by Frank Fleming on April 19, 2006 at 10:40 pm EST