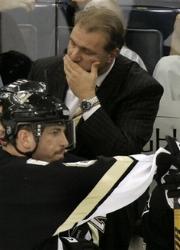 Last year the Penguins were one of the worst teams in the NHL as they finished in last place with a 22-46-14 record. This year they challenged for a division title until the very end of the season and are going to the playoffs for the first time in 6 years. While the development of players like Sidney Crosby, Jordan Staal and Evgeni Malkin were the main reason. All three being under the age of 20 had to learn to win from someone and that is the coaching job Therrien did as the young Penguins have a bright future. 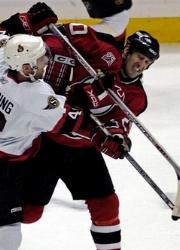 In College Jay Pandolfo at Boston University was one of the top goal scorers in the NCAA. However, upon joining the Devils Pandolfo was asked to sacrifice scoring to be a defensive forward in the team’s trapping system. In 2006/07 Pandolfo once again was solid on defense and also had one of his finest offensive season while taking few penalties, also making him a possible Lady Byng candidate. However, before the Byng Pandolfo deserves his first Selke. 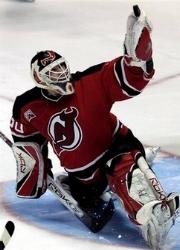 One day Martin Brodeur may be looked upon as the best goalie in the history of the NHL as the two-time Vezina Winner is quickly moving up the all-time wins list and career shutout lists. This year may have been the best of Brodeur’s career as he set a new single season record with 48 wins, true the shoot out adds a big asterisk, but with 13 shut outs, and many coming in games he saved 30 or more shots as the new NHL forces goalies to be on their toes much eliminating the old Devils tactic of playing keep away with a lead. 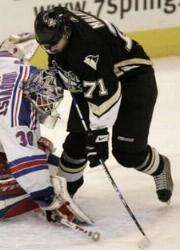 With 33 goals and 52 assists the 20 year old Russian had an instant impact on the Penguins as he helped Sidney Crosby win a scoring title at 19, and made the Penguins a playoff contender again. A star from the word go the only difficulty he had in the NHL was getting out of his Russian contract, now the only question is how many years will him and Crosby take before they are the new Mario and Jagr leading the Penguins not just to the playoffs but to the Stanley Cup. 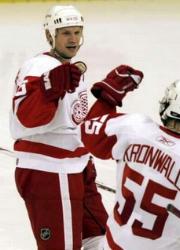 Perhaps they should give Niklas Lidstrom his own Norris Trophy, because since 2001 he has practically owned the award for Best Defenseman winning 4 of the last 5 awards. Make that 5 of 6 as Lidstrom now the Captain of the Detroit Red Wings had an impressive 49 assists leading the Wings to the best record in the Western Conference again. While the Wings success is ultimately determined by the postseason, the Norris is for the regular season and no defenseman is better then Niklas Lidstrom. 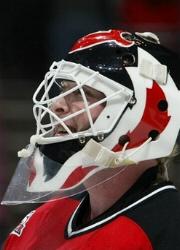 There are rare occasions when a goalie wins the Hart Trophy as the league MVP. However, this is one of those occasions, while Sidney Crosby was the best skater, nobody not even Crosby was more valuable to his team then Marin Brodeur was to the Devils. Brodeur started all but 5 games this year as he set records for minutes played and wins with 48, while posting 13 shutouts. However it was the 33 wins by just one goal that illustrates how valuable Bordeur was to the Devils who won another Division Title.

©MMVII Tank Productions. These are not just mere prediction but whom I believe should win the said awards. Selected by Frank Fleming on April 10, 2007 at 10:40 pm EST