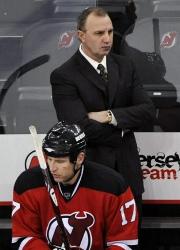 This may be the hardest award to pick this year, as there is not one clear cut winner, there are as many as five or six coaches who could claim this award, without argument, including Andy Murray of the Blues, Claude Julien of the Bruins, Ken Hitchcock of the Blue Jackets and Todd McLellan of the Sharks. However, the best choice is Brent Sutter, who got the Devils back into the playoffs, while winning a division title despite being without Goalie Martin Brodeur for 50 games. The Devils were a team that stayed on top by playing smart hockey and that came from their coach who was one of the smartest players during his career. 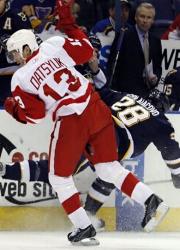 The Red Wings tough two-way center is taking ownership of this award, as he should be taking it home for the second year in a row. The Wings, may not have won the President’s Trophy again, but with the second seed in the Western Conference, they are a team to look out for as the playoffs begin. A big reason is Pavel Datsyuk who can score and land a devastating check on the same shift. His quickness with the stick and ability to win face-offs can not be underestimated as both are keys to killing penalties, and creating offensive opportunities. 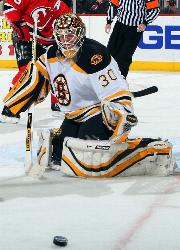 Despite sharing time with Manny Fernandez, Tim Thomas but up the numbers that make him the clear cut choice as the best goalie in the NHL for the 2009, as his 2.10 GAA, and .933 save percentage each led league by wide margins, as the Bruins posted the best overall record in the Eastern Conference. Thomas winning will be an interesting story as he is a journeyman who has spent years in the minors, but for the Bruins who entered the season without high expectations, go into the playoffs with Bostoners holding Stanley Cup dreams. 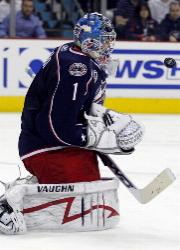 Entering the season the Columbus Blue Jackets had known nothing but frustration as they had yet to experience the postseason, since entering the league in 2000. However, in November something changed, and the Jackets finally become a playoff contender. That change was Steve Mason taking over the goaltending duties. Not only is Mason the clear cut choice for the Calder, but he is a strong candidate for the Vezina, with his solid 2.29 GAA that ranked second in the league. Along the way he also led the league with 10 shutouts to carry Columbus to the playoffs. 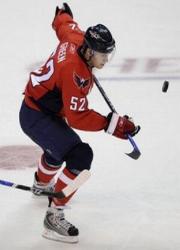 The Norris Trophy has become an award paradox, as often the best defensemen as by the hockey writers is the defensemen who has the best offensive numbers. The argument there is the best defense is often a good offense, and with Mike Green, who scored 31 goals despite missing 14 games it has never been truer as the Capitals enter the playoffs with the second seed in the Eastern Conference. What makes Green tick however, is his explosive skating skills, which enable him to keep up with the best players in the league. 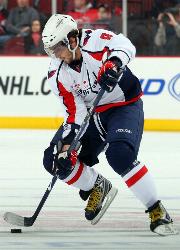 He’s flashy, he’s dazzling, he’s a supsterstar and he has made hockey the hottest sport in the Nation’s Capital, as the Wizards were beyond awful in the NBA, and the Nationals have already been eliminated from the pennant race. Alex Ovechkin’s 56 goals one again led the league, while his 110 points ranked second as the Capitals posted their best season ever with 108 points, and an outstanding record of 50-24-8, as they enter the postseason as a serious cup contender for the first time in years.

©MMVIII Tank Productions. These are not just mere prediction but whom I believe should win the said awards. Selected by Frank Fleming on April 9, 2008 at 2:30 pm ET