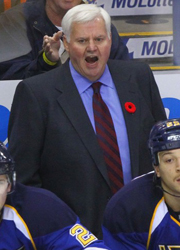 More often than not the Coach of the Year award goes to the team that has been the biggest surprise or a coach that turns around a struggling team. Ken Hitchcock could fill both bills. The Blues had not made the playoffs in the last two seasons and this year not only did they reach the postseason they were in the battle for the best record in the NHL until the last weekend of the season. This after a mediocre 6-7 start that led to the dismissal of Coach Davis Payne. Despite being short on offense the Blues finished within two points of the President’s Trophy as Hitchcock helped the team become one of the best defenses in the league as they allowed the fewest shots and fewest goals per game, with a two man rotation in goal between Brian Elliott and Jaroslav Halak who both entered this season off disappointing seasons. 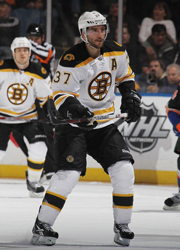 Defense has always been a hallmark of Boston Bruins hockey. In winning the Stanley Cup last year, they smothered the Cancuks dynamic Sedin twins and took them out of the game completely. As they won the Northeast Division this year and battled the expectations of team wanting to repeat they once again relied on defense. Any great defensive team needs a two way forward, and Patrice Bergeron filled that role to perfection for the team in Black and Gold. Not only did Bergeron have a career high 22 goals but he was one of the best faceoff men and most reliable players on the penalty kill all season, averaging 1:48 of ice time during the kill. With a 59.3% faceoff win percentage and a league best +36 on the +/-, Patrice Bergeron was also on the ice usually against the opposing teams’ biggest and best players. 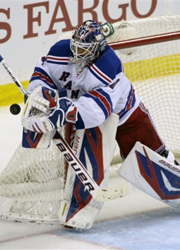 There is a hierarchy in any award, and often a great player who has a great season will have to wait a year or two to get his recognition, as when an award comes down between two players nine out of ten times it will go to the player who has waited the longest. This year a battle like that is in the race for best goalie as both Henrik Lundqvist or the Rangers and Jonathan Quick of the Kings had similar stats are were equally important for their team’s success. The difference is Lundqvist has waited and been up for the Vezina longer. It does not hurt Lundvist that his save percentage (.931), shutouts (eight) and goals-against average (1.93) were among league leaders, but the big difference is the Rangers posting the best record in the East, something that would have been impossible without their star Goalie Henrik Lundvist. 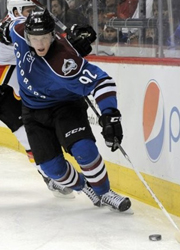 The rookie class of 2012 was one of the best in recent years in the NHL as there were a handful of rookies that could receive Rookie of the Year consideration. The Devils had a pair of rookies named Adam who helped the team again become cup contenders, while Oilers rookie Ryan Nugent-Hopkins finished tied with all rookies in scoring with 52 points. The winner should be Gabriel Landeskog of the Avalanche who tied Nugent-Hopkins with 52 points, while showing the ability to be a great two way forward who could some day get his name all over the Selke Trophy, while playing a key role in the Colorado penalty kill. Gabriel Landeskog finished second in goals and +/- among rookies and at 19 he showed veteran leadership as the Avalanche battled for a playoff spot until the end of the season. 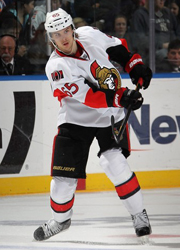 When the season began, the Ottawa Senators looked like a team on the verge of rebuilding project. However, they battled the Bruins in the Northeast Division and reached the playoffs, despite sometimes struggling in the second half. A big reason for the Senators success was the play of Defenseman Erik Karlsson who dominated all NHL defenseman in scoring statistics. Often the Norris Trophy is the best offensive defenseman award and by finishing tenth overall in scoring, as his 78 points were 25 more than any other defenseman in the NHL this season, a feat that only been done by Bobby Orr, Paul Coffey and Dennis Potvin. Before this season, nobody would have expected the 180 ponder to join that list of legends. Erik Karlsson’s size did give him a speed advantage as his 67 takeaways was ranked best among defensemen. 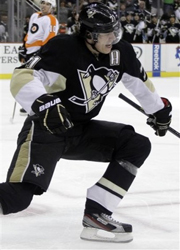 Evgeni Malkin was without a doubt the best player on the ice during the 2011/12 NHL season. Malkin, coming off a knee injury and missing seven games not only won his second career scoring title, he won comfortably it by 12 points. Evgeni Malkin also emerged out of Sidney Crosby’s shadow, helping the Penguins finish with the second best record in the Eastern Conference, as Crosby continued to struggle with the lingering effects of a concussion and played just 22 games. Malkin was the only player to top 100 points as he scored a career high 50 points. Not only did Evgeni Malkin boost his team and put up great individual numbers, but he also helped make his teammates better. None more so than James Neal who had a career season with 40 goals and 81 overall points while playing on the Malkin line.

©MMXII Tank Productions. These are not just mere prediction but whom I believe should win the said awards. Selected by Frank Fleming on April 10, 2012 at 10:10 pm ET