The cancellation of football matches has fans hunting for a replacement for sports betting.

Games around the world have been called off due to the coronavirus crisis and it remains unclear when the action in competitions like the Premier League might be able to resume.

A recent update from the English Football League was that football in divisions including League One would resume on April 30 at the earliest, but this was quickly put back again.

Clubs are mostly thought to be in favour of completing the season whenever it becomes safe to do so, rather than going with an alternative option such as declaring the campaign null and void.

But while the debate over what happens next continues to rage amid a rising UK death toll from the pandemic, sports betting fans are still looking for something to replace their favourite hobby.

Here are some ideas for what sports bettors can do to keep themselves busy during this time.

Find new things to bet on

Sport might be off, but that does not mean it has become totally impossible to place a bet.

Award show and political betting markets are some of those that are still widely available on sport betting sites. They are having to become increasingly creative during the pandemic.

Some sites even made it possible to bet on the weather, which is a sign of just how desperate they have been to give sports betting fans some fresh gambling options at this difficult time.

Virtual sport bets are becoming more popular. Most bookmakers carry this as an option with the recent virtual Grand National, which was shown on ITV, raising awareness of this betting choice. 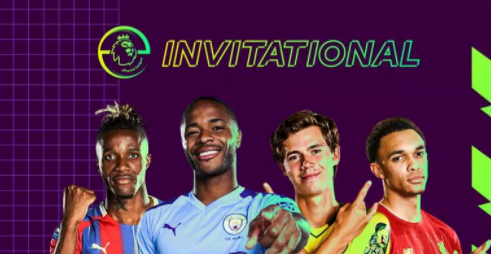 It had to happen, the EPL has gone Virtual

On a similar note, betting on eSports is an option that is enjoying an increasingly large public profile as well. Sport being cancelled, for now at least, has allowed eSports to fill the void, with this week seeing the first ever ePremier League Invitational tournament take place.

Football stars including Trent Alexander-Arnold and Raheem Sterling signed up to represent their clubs on FIFA 2020. Footballers are taking on celebrities such as Tom Grennan and Josh Franceschi‎ from the rock band You Me at Six in games that are streamed live. Betting on who is better at a video game might seem strange at first, but eSports gambling is certainly on the rise.

Indeed, a new report from market researcher ProdegeMR and consumer research agency 2CV said betting on eSports could hit $14 billion this year, which would be up from $7 billion in 2019.

Another alternative option for sport betting replacements during the cancellation of football and other sports is to play sport-themed slot games on an online casino site.

There are lots of different football-themed games out there and there is plenty of choice for golf fans too. The Argyle Open by Microgaming is one of the best golf slots on the interned, with Birdy Bucks and Gold Trophy 2 among the other options that are on the table.

When it comes to football-themed slots, the choice is almost endless. Microgaming has developed two of the best available to play at online casinos in Football Star and Shoot, while Football Frenzy from Real Time Gaming is another that is definitely worth checking out as well.

The best thing about playing sport-themed slot games during the pandemic is that many of them are available in demo mode. This means that there is no risk to the player, who could also sign up using a no deposit bonus to get some cash in their new casino account to get up and running.

Become an expert at football video games instead

Alexander-Arnold and Sterling have been showing off their FIFA 2020 skills during lockdown, so this might be the ideal time to ‘git good’ at the game. Ultimate Team is one of the most addictive game modes around right now as players try to create their dream squad to use on the pitch.

Lockdown conditions means people are stuck indoors, which could be perfect for getting deep into a new Football Manager save. Many real-life stars from the world of sport are known to be fans, with Barcelona and France forward Antoine Griezmann often showing off his progress on social media. Can you emulate Jay from The Inbetweeners and take Woking from the Conference to the Champions League in six seasons to earn a job offer in the England setup?

If FIFA and Football Manager are not particularly tempting for whatever reason, then perhaps try out a more casual mobile game instead. Titles such as Football Chairman and New Star Soccer are easy to pick up and play, with both games available for iOS and Android devices.

The ongoing lockdown is a challenging time for sports fans, but there are plenty of things that can stave off the boredom.