eSports’ Olympic Inclusion – And What The Future Holds 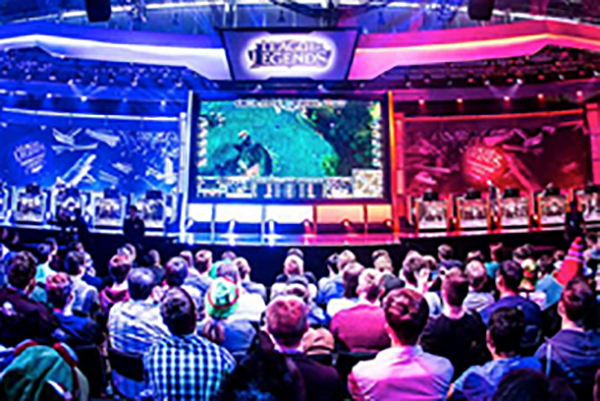 eSports, The Olympics and the Future of Competitive Gaming

It was late in May this year when the Olympic Council of Asia revealed that it would be adding eSports as an official medal sport in the 2022 Asian Games. In a move that made history, the council added competitive video game players to the same ranks as gymnasts, weightlifters and sprinters to compete at the ultimate level.
In a public statement the council made it clear that it had decided to include eSports as its rapid development and popularity among the youth of today is unprecedented. It is expected that adding a young and modern sport with such a huge following will no doubt attract a younger generation to the world of Olympic events – and by keeping with the times, the OCA may have set a blueprint for the future of sporting, too.
The new Olympic sport status of eSports has already rolled into action, with an eSports demonstration scheduled for next year’s Asian Games in Jakarta. With the Asian Games being the world’s largest multi-sporting event after the Olympics, it may not be long before the Olympics itself includes eSports in a bid to appeal to a new generation of spectators who have been raised enjoying video game technology from an early age.

So far, the list of games that will be included in the 2022 eSports competition has not yet been revealed. However, the 2018 games’ demonstration is set to include FIFA 2017, along with a real time strategy game, and a multiplayer online battle arena (or MOBA) game. League of Legends is the world’s most popular MOBA with over 100 million active players each month, so experts are predicting its probable inclusion in the upcoming event.
eSports is certainly no wallflower in the sporting community, with an estimated audience of 226 million people worldwide and global revenues of over $325 million. With that in mind, are the Olympics next for this officially recognised sport? Experts have definitely heard some promising rumours.

The OCA has announced along with eSports’ inclusion that it has also been included in a partnership with Alisports, a subsidiary of the Chinese eCommerce conglomerate Alibaba. Alisports has invested heavily into the International eSports Federation in a bid to make eSports an official Olympic event, and the inclusion of the sport in the Asian Games is definitely a big step towards this.

So invested is Alisports in making eSports an official Olympic sport that it has fronted a $150 million investment in the South Korean International eSports Federation, along with a $14.5 million investment for the Changzhou World Electronic Sports Games – a massive event that say 60,000 pro players battle it out for $5.5 million in prizes earlier this year.

While the process of being included in the Olympics is infamously challenging, the future certainly seems bright for the world of eSports. In fact, this modern sport is just as likely to be included in the legendary Olympics as other sports like karate, skateboarding, surfing, climbing and baseball, all of which have recently lobbied for inclusion themselves.

An answer from the International Olympic Committee is still pending for now, but in the meantime, eSports is blossoming all over the world, with massive professional eSports arenas being built in large-scale locations like Las Vegas to meet the burgeoning new demand.

The most recent example of this is the Luxor Hotel in Vegas, which will become home to its own cutting edge eSports arena early in 2018. The hotel has chosen to transform what was previously a 30,000 sq ft nightclub into a state-of-the-art eSports venue across multiple levels.

The venue is set to boast world-class amenities, including a competition stage, telescopic seating for spectators, an LED video wall, and advanced, TV-quality production studios and streaming facilities. The venue will likely become a go-to championship and tournament destination for numerous leagues and high stakes events, showing just how invested Vegas is in this up and coming activity.

Live streaming of eSports events is also here to stay, and this will likely become much more widespread and easily accessible as platforms like Twitch, YouTube and international cable channels adapt to bring millions of eSports fans their favourite spectator sport.