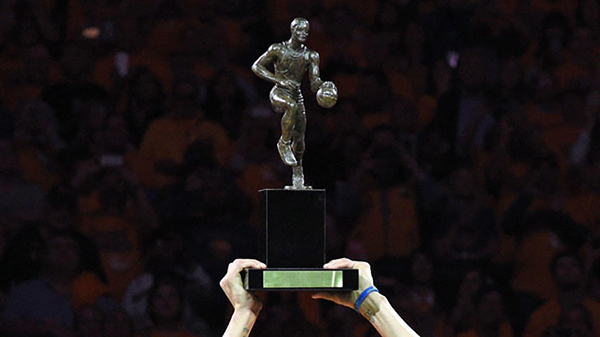 With the NBA’s 2017-18 season just around the corner, we look at the top 6 players who have the best shot at becoming the NBA’s next MVP.

Last season, Russell Westbrook of the OKC Thunder triple-doubled his way to the Maurice Podoloff trophy. 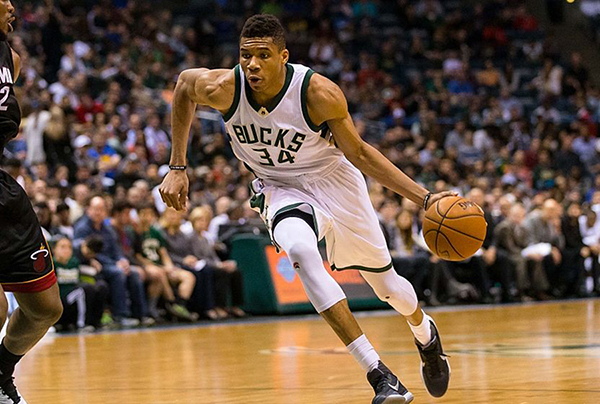 From MIP to MVP? That’s definitely a possibility given how Giannis Antetokounmpo improved over a 12 month period. Two seasons ago, we asked ourselves if he was real. Last year, we changed that question to ‘who’s gonna stop him?
The Greek Freak had a breakout season last year, averaging 22.9 points, 8.8 rebounds, 5.4 assists, 1.6 steals and 1.9 blocks per game for the Milwaukee Bucks. With Antetokounmpo winning Most Improved Player of the Year honors, the Bucks easily had their best season since 2010, winning 42 games and finishing as the 6th seed in the Eastern Conference. There is still a lot to improve for the Bucks and for Giannis as well. But at the rate he’s developing, he’s a scary prospect at age 22. 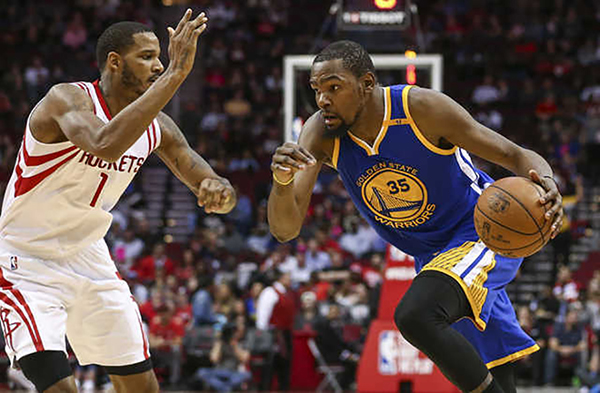 2016-17 was a sensational season for Kevin Durant. He won his first NBA title with the Golden State Warriors. Durant was also named as the 2017 NBA Finals MVP. And don’t forget, he hit the biggest shot of his basketball career in Game 3 of the NBA Finals when he sealed the Cavs’ fate with a dagger three pointer.
Durant had the 2nd best PER last season and thrived in his first season with the Warriors. He had the best true shooting percentage of his career at 65.1% and that just proves how fast he acclimated to his new team. With the Warriors favored to win the championship a new (-162.50 according to oddsmaker Betway), Durant will always be in the conversation to win the MVP as well.

Coach Mike D’Antonio’s mad experiment of letting James Harden run the point paid dividends both for the Rockets and Harden. Houston finished the season with the third best record in the league at 55-27 while Harden’s 2016-17 stat line was something we haven’t seen since Oscar Robertson. It just so happened that Russell Westbrook also had an equally spectacular year, so Brodie edged out the Beard in the MVP balloting.

Harden led the league in assists at 11.2 per game. He ranked 2nd to Westbrook in scoring at 29.1 points per game and finished 2nd ( to Westbrook again ) among guards in rebounding at 8.1 boards per contest. Although you expect his assist numbers to drop a bit with Chris Paul in Clutch City, you can imagine how his scoring will be more effective and efficient with the best passer in the world playing in the same backcourt with him. 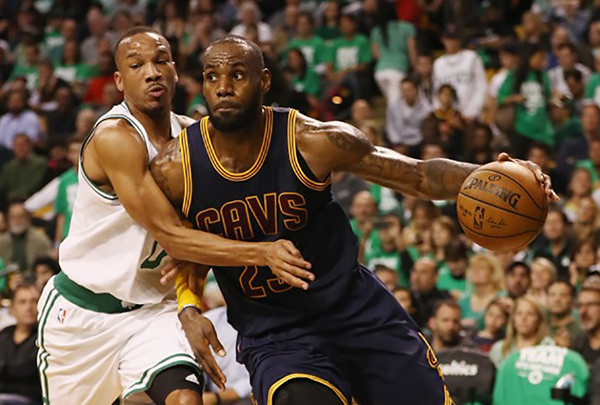 What MVP conversation would be without the King? Despite losing yet another NBA Finals, LeBron James continues to dominate the game as he’s always done in his entire career. Leading the Cleveland Cavaliers to their third straight Finals appearance is impressive but playing in seven straight NBA championships in incredible.

James averaged 26.4 points, 8.6 rebounds and 8.7 assists per game last season. But given Kyrie Irving’s departure, expect James to make a statement this season. With Cleveland adding plenty of talent this summer and the Eastern Conference a lot weaker, expect James to go an 8th straight Finals appearance. The Warriors may still be the favorites but you bet Cleveland and the King are more than ready for round four. 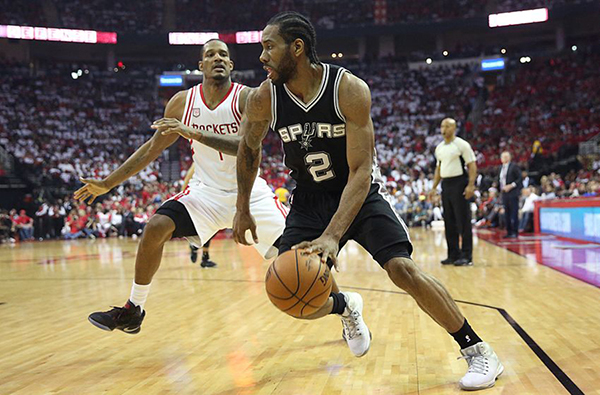 A quiet person with a loud game. Perhaps there is no better two-way player in the league right now than Kawhi Leonard. Leonard has been a member of the All-NBA 1st team and All-Defensive 1st team the past two seasons. He won back to back Defensive Player of the Year honors in 2015 and 2016 and was NBA Finals MVP in 2014.
The Spurs’ top ace averaged 25.5 points, 5.8 rebounds, 3.5 assists and 1.8 steals per game last season. You can only imagine what would’ve happened had ZaZa Pachulia not injure him in Game 1 of the 2017 Western Conference Finals. The Spurs were in control of the Warriors only to blow the lead and lose the series after Kawhi got hurt. Give how that 2016-17 ended for him, you bet the Klaw is ready for the new season and aching to get back at the Warriors. 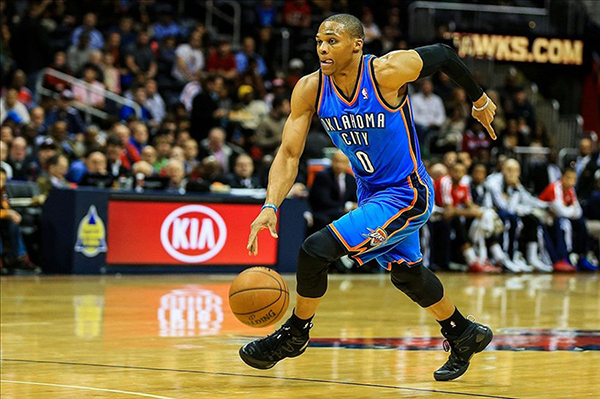 Many thought the OKC Thunder would fade when Kevin Durant left for Golden State. They were so wrong. Russell Westbrook exploded last season, playing the best statistical year for any player since Oscar Robertson. Russ not only broke Robertson’s triple double record but he also ended the season with a triple double average of 31.6 points, 10.7 rebounds and 10.4 assists per game. In doing so, he won his first MVP award and deservedly so.

The catch with Russ is that he now shares the OKC stage with fellow All-Stars Paul George and Carmelo Anthony. We all know Melo to be a ball dominant player as well so Westbrook’s numbers may suffer. But knowing Westbrook, he’s go full throttle regardless of the circumstances. Injuries aside, Westbrook will probably have another statistically spectacular season. Whether it will be good enough to win the MVP again, remains to be seen.