The inauguration of the 2018-19 NBA season is almost here! With just a few short days left, we’ll see the season tip-off on October 16th with two late games. An Eastern Conference Showdown between the Philadelphia 76ers and Boston Celtics at 8 PM ET, and a Western Conference clash between the Oklahoma City Thunder and Golden State Warriors at 10:30 PM ET.

Top sportsbooks in Vegas at online will have lines for these games, but not all sportsbooks are created equal. It’s important to have great court IQ when it comes to which online outlets are trustworthy and have the best perks. Intertops is the longest-standing online sportsbook; you’ll find a comprehensive Intertops review here.

The official lines for both of these games have not been released. We’ll have to check back with top books like Intertops when we are only a couple of days away game day to see what the experts in Vegas think about the matchups 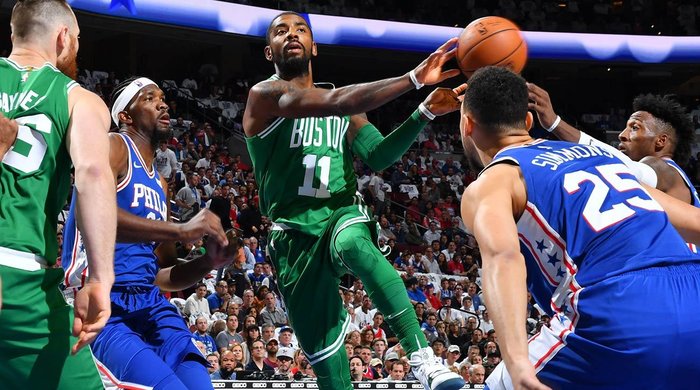 With the disclaimer already out of the way that these odds are unofficial, we should see the Celtics listed as home favorites of around five or six points. The Sixers are a high-scoring juggernaut led by Joel Embiid and Ben Simmons. Last season the 76ers averaged 108 points per game on the road, but they were a bit lax on the other side of the ball, allowing teams to put up 107.5 points against them. They’ll be facing the Celtics elite-level home defense that has allowed just 99.7 points per game.

The Celtics are healthy again which adds much-needed team depth. Irving and Hayward are both looking great, and we should keep in mind that Boston kicked the Sixers out of the second round 4-1 sans Kyrie and Gordon. Hayward is a competent and consistent defender, so we could see that 99-point home average drop to 98 or 97 this season. That said, this is going to be a great game between Eastern Conference rivals. And you better bet that the Sixers are going to come into this first game of the season against the team that booted them out of the playoffs with a chip on their shoulder.
Prediction: look for the 76ers to keep it close. If the Celtics are favored by six points or more, Philadelphia should cover the number. 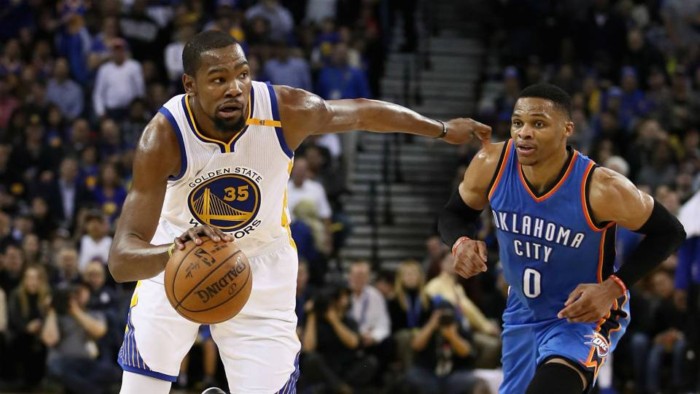 Warriors should be listed somewhere in the neighborhood of 8-point favorites over the OKC Thunder on opening night. OKC has a tough job ahead of them, opening their season at Oracle Arena in Oakland.

The Warriors averaged 113.50 points per game at home last season and it doesn’t look like their high offensive efficiency is going to slow down any time soon. Defensively, Golden State only allowed 104 points per game on average while playing in Oakland. And their points scored to points allowed differential should only get better now that they have one of the league’s premier big men guarding the rim.

OKC managed a respectable 106 points of offense on the road last season. But they cut it too close too often allowing 105.5 points against while playing away games. Simple math on the situational averages gives us an 8-point spread, but given the roster changes as well, eight is a pretty solid number to expect. The Thunder tends to fail miserably covering the spread against the Warriors (only 2-9 over their last 11 meetings), so there is a possibility that we could see a higher number released.