The Affects Of Social Media And Sports

Fans can communicate with players via social media very easily these days. Which can be a big distraction. They are able to ask the players questions and talk about things that are not related to the game. This gives them an opportunity to distract the players from what they should be focusing on during a game, which is to play a complete team game and not worry about personal stats, caused by pressure from fans.
Social media, especially Twitter, has become an all-purpose platform for fans to interact with athletes. It can be used to communicate with players about bets, fantasy teams, show there anger and other forms of interest-based communication.
However, this type of interaction can be a distraction for athletes. This is because it distracts them from their jobs as professionals, because they are constantly worried about what “Jimmy” on twitter made fun of him about only having five points in fantasy or making fun of them how they missed a wide open three pointer to lose the game, plus it takes them away from being completely focused at the task at hand, winning that week.
Fans are often a big part of the sport, and they play an important role in the way that a sport is seen by the public. Fans can be just as important as players to the success of a team, and they can help improve their team’s image and reputation.
However, fans also bring their own set of distractions that can take away from the game. For example, if a fan is betting on their favorite player during a game, they may be distracting the players via Twitter from the task at hand. This can lead to less-than-optimal performances on game-day, because athletes are humans to, they can get distracted.
Players aren’t naive to what is happening on the Web, for example Ohio State University kicker Noah Ruggels was in one of the most intense situations on New Year’s Eve, Ohio State was down by one point against Georgia in the College football playoffs, with time expiring, Noah was called on for a 50 yard field goal, the kick was way wide right, and Ohio State lost in the College football playoffs, almost immediately angry fans took to twitter via tweets and DM’s burying Noah. These kind of things are looming in all athletes minds during games. This is a huge distraction for these players.
The gambling aspect is far more serious. These players are friends with top end celebrities off the field. There are many times when these public figures wage a pretty penny on sporting events. Now these players know what there friends are waging on, and it can become a personal matter to get these celebs on there good side. This can become a dangerous matter to the sports.
There is a developing story going on which no-one is talking about. Miami Dolphins star wide receiver Tyreek Hill has a very public friendship with dubious influencer Jake Paul, Jake has a substantial brand deal with many a betting website, essentially leading to Jake betting an exorbitant amount on games, particularly on Tyreek’s personal stats. Nothing has happened yet but clearly Tyreek is well aware of Jake making money on his personal stats. It can happen very easily in which Jake will bet say amount of money on Tyreek having under 100 yards receiving, so you tell me, is there a risk of Tyreek purposely sputtering around 80 yards? I don’t know but it’s certainly something which the league should be worried about.
It’s not all bad, there are definitely positive aspects to fan-player interactions. Fans can go on social media to congratulate, show support etc. Which is very nice for these athletes seeing how much people are behind them, wishing for there success.
In conclusion there are definitely many risks of fans getting to close to players, however the fans are an integral part of the game and if done right it makes the sport all the much better. 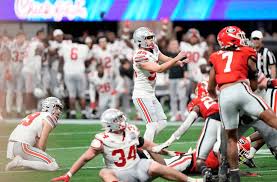