The Road To Ringside: A History of Modern Boxing 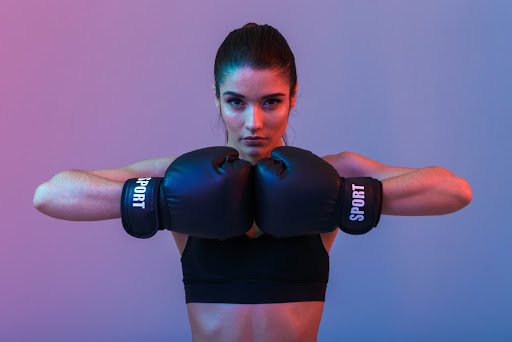 Boxing is a combative sport in which two competitors put their boxing gloves on and throw punches at each other in a boxing ring for a predetermined amount of time. Although both MMA and UFC fighting is what comes to mind when we think of boxing, this ancient sport had existed for centuries before it became a mainstream spectacle that so many of us love today. If you’re keen on finding out more about the origins and history of modern boxing, you’ve come to the right place. Today, we look at a brief history of modern boxing, and how it has evolved from an ancient pastime to the global phenomenon it is today, so read on to find out more.

Hand-to-hand combat has existed amongst humans since the dawn of time. The earliest known depiction of boxing comes from a Sumerian relief in Iraq from the 3rd millennium BC and a relief sculpture from Egyptian Thebes that also portrays boxers and spectators. In these depictions, boxers were either bare-fisted or fitted with a primitive form of the boxing glove on their wrists.

Ancient boxing was very different from today’s and was often fought in arenas where winners were awarded in livestock, trophies and, of course, glory. The time limitations that exist today were also absent back in the day, with fights lasting until one of the opponents was seriously injured.  The earliest evidence of actual boxing with proper gloves can be found on Minoan Crete (c. 1500–1400 BC).

The Ancient Greeks and The Olympics

As the popularity of boxing heightened all around the world — including places such as India and Ancient Greece, it was eventually introduced as an official sport in the 23rd Olympiad, 688 BC. Boxers would wind leather straps around their arms and hands in order to protect themselves, and weight categories were not used, which often led to heavyweights dominating. Eventually, metal studs were introduced to leather straps to make the cestus which we now know as an ancient battle glove.

However, boxing would soon disappear for centuries, and shortly before the birth of Christ and the fall of the Roman Empire, it was prohibited due to its savage and violent nature.

The Re-Emergence of Boxing

It wasn’t until the late 1600s when boxing resurfaced in England. In the 1700s, modern boxing was still the bare-knuckled fighting that it was centuries ago, where fighting was continued without respite until one fighter could no longer continue. Thankfully, in 1743, the London Prize Ring Rules were enacted. This meant that matches were still continuous, but a fight would end when either competitor was knocked down and could not get up within a 30-second timeframe.

In the mid-1850s, British boxers travelled to the United States in order to spread the word about the sport, but many Americans were opposed to the bare-knuckle sport, eventually leading to the abolishment of such fights in 1889. New professional tournament rules were then introduced, in which boxers were required to wear gloves and fight three-minute rounds with a minute of rest between rounds.

The Golden Age Of Boxing

As boxing continued to gain popularity, the centre for professional boxing promotion gradually moved to the USA due to the growing US economy and the number of immigrants arriving there from all over the globe. The golden age of U.S. boxing began in 1920 in New York City and introduced iconic fighters such as Jack Dempsey, Gene Tunney and Joe Loui. It wasn’t just the US that was dominating, though. A number of talented boxers from Ireland, Germany, Scandinavia and Central Europe emerged as well.

As the 1950s rolled around, more and more people were resorting to watching matches on television and interest in the sport was once again renewed by colourful fighters such as Muhammad Ali, Sugar Ray Leonard, Marvin Hagler and Mike Tyson. This interest continued to peak into the 1980s and to this day, boxing has been shaped by Ali’s personality that has left its influence on the sport.

Boxing continues to be an incredibly popular sport today, with fighters such as Saul ‘Canelo’ Alvarez, Tyson Fury and Conor Anthony McGregor competing for a huge purse and becoming household names thanks to increasing mainstream interest in MMA and UFC fighting.

Today, modern boxing consists of three-minute rounds, a total of up to 12 rounds and is supervised by a referee within the ring who judges and controls the conduct of the fighters, rules on their ability to fight safely, counts knocked-down fighters, and rules on fouls.

Contrary to popular belief, boxing is one of the world’s oldest and most respected sports that is rich in history that has lasted over 5000 years. It has also given rise to a wide variety of colourful personalities over the last century who will continue to be revered as boxing icons who pave the way for new talents to emerge and dominate for years to come.